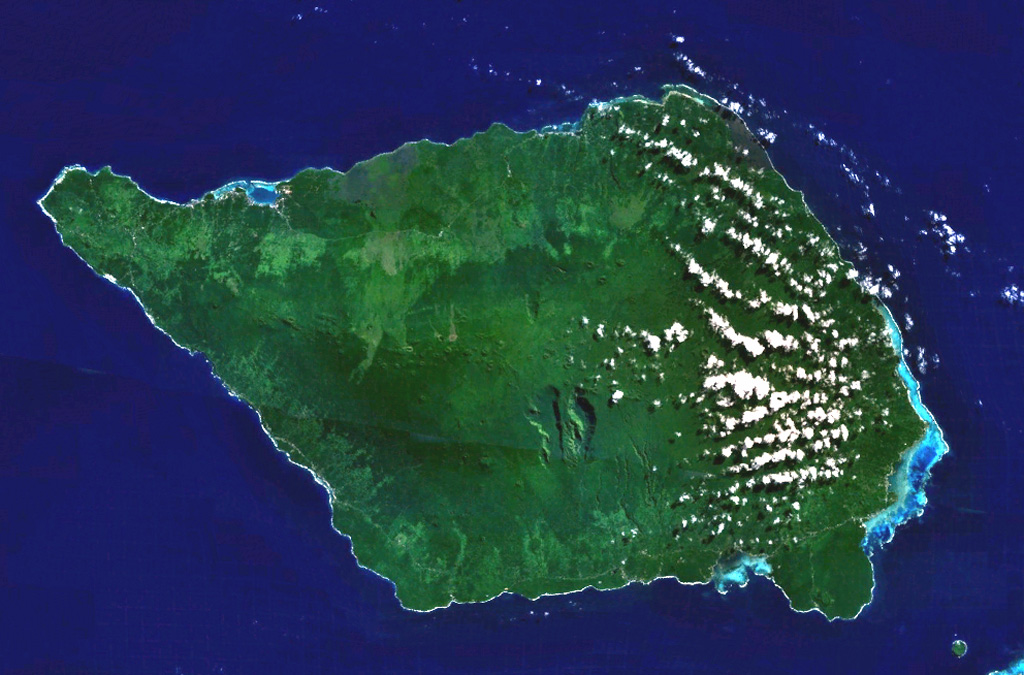 Savai'i, the largest and highest of the Samoan islands, is shown in this NASA Landsat image (N is to the top). The 75-km-long island consists of a shield volcano constructed along a WNW-ESE-trending rift zone that splits into two rifts on the E side of the island. The broad crest contains numerous scoria cones, some of which were the source of historical eruptions that produced lava flows that reached the sea. 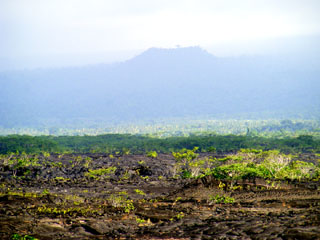