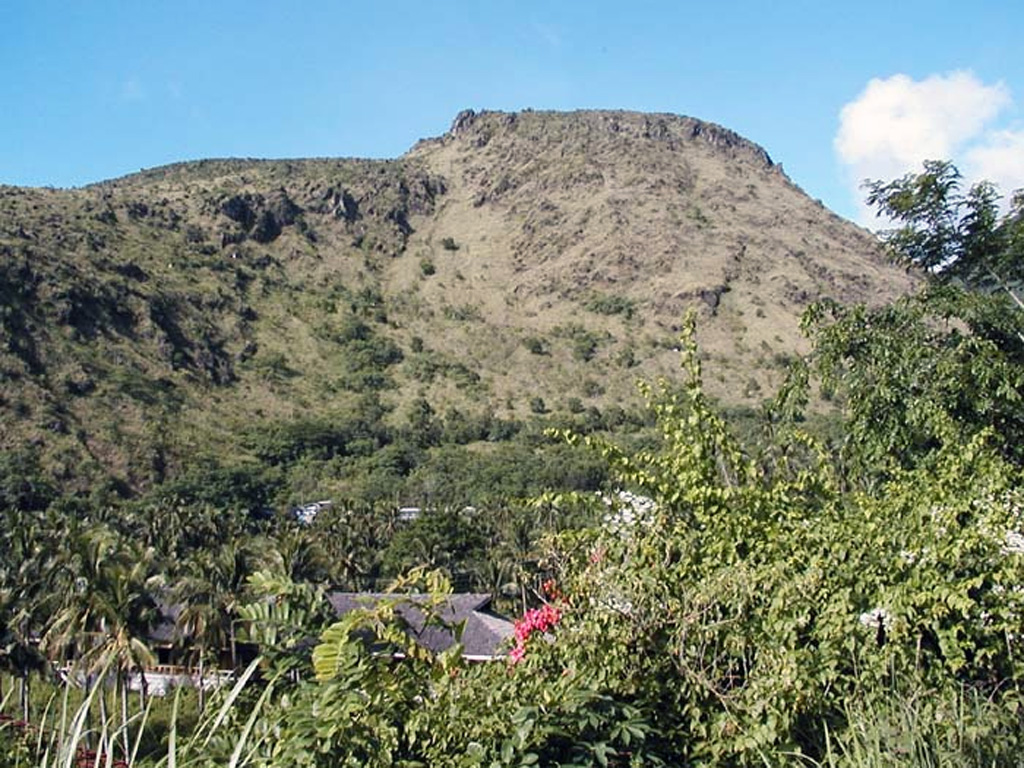 Mt. Vulcan, a lava dome on the NW flank of the Hibok-Hibok lava-dome complex, formed during the 1871-1875 eruption. Following earthquakes beginning in January 1871, an explosion occurred on 30 April from a vent on the NW flank near the coast, destroying an area with a 3 km radius. Explosive activity continued for about a week, after which lava effusion began. Dome growth lasted for four years, producing by 1875 a dome about 1.6 km in diameter. 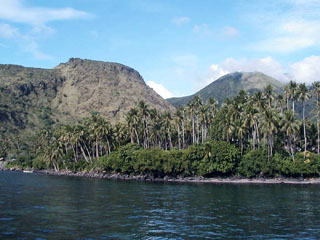