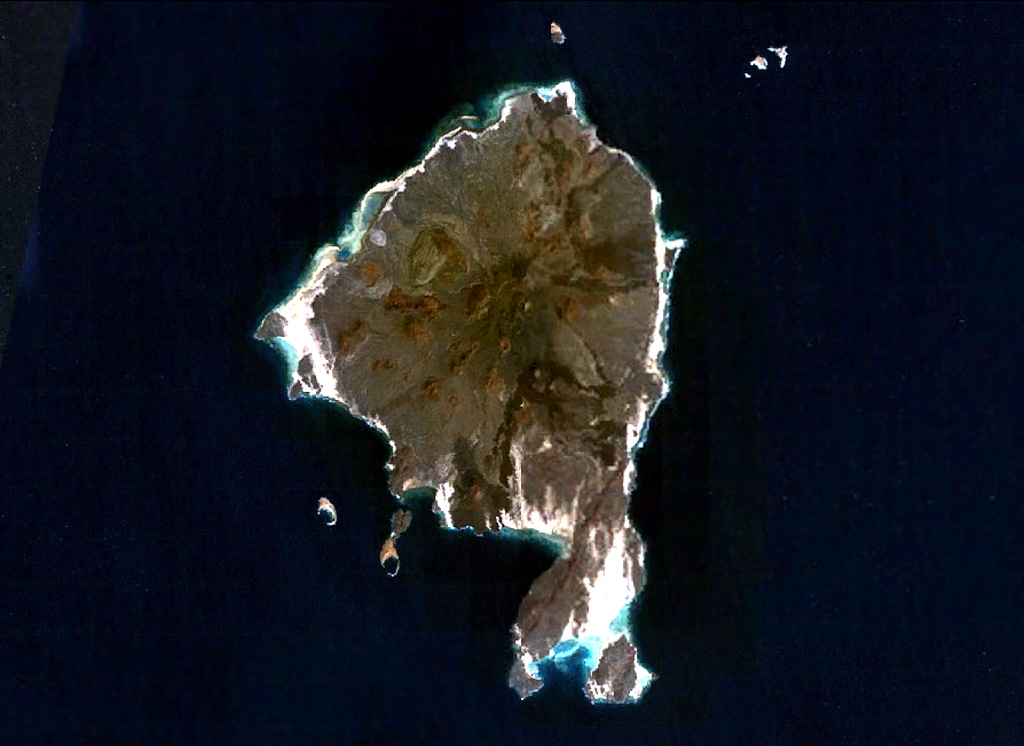 Zukur (Zugar), the northernmost large island of the Zukur-Hanish island group in the southern Red Sea, is seen in this NASA Landsat image (with north to the top). Numerous young basaltic spatter cones were the source of pahoehoe lava flows. Products of phreatic eruptions at Zukur form small islands, such as Shark and Near Islands off the SW coast of Zukur. Vents on Zukur are aligned along a NE-SW trend, as seen on the peninsula at the southern tip of the island. 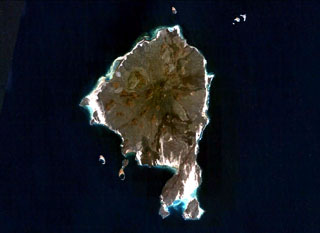