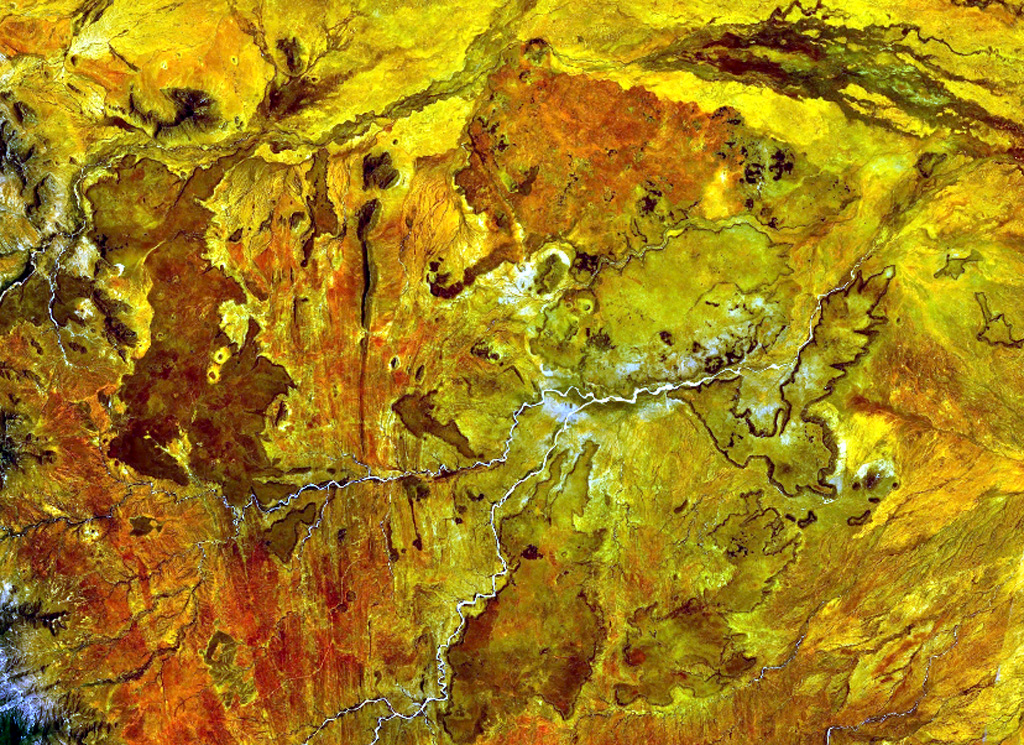 The Segererua and Rusarus Plateaus, right of the center of this NASA Landsat image (with north to the top) contain a large number of late-Pleistocene to Holocene basaltic cones, lava flows, and maars. The Milgris River cuts across the top of the image, and Merille River lies just below the center of the image. Other vents lie east of the Kauro River (bottom center). Plateau basalts are also visible at the right-center. 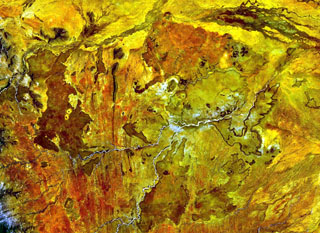