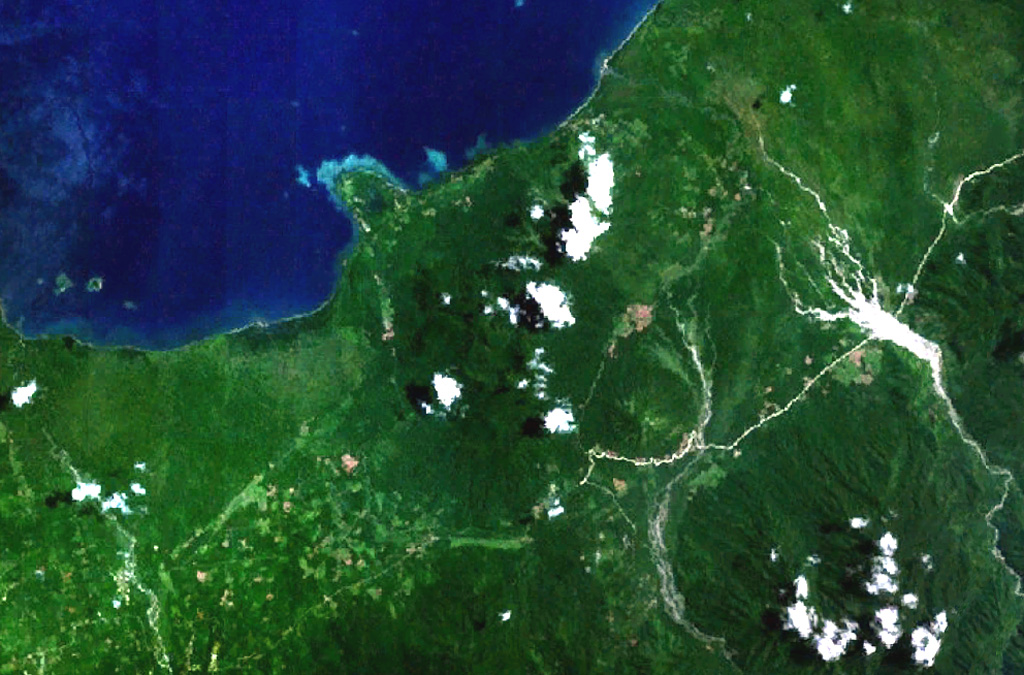 Forested volcanoes of the Sulu Range occupy the center of this NASA Landsat image (N is to the top) of west-central New Britain. This group of partially overlapping small volcanoes and lava domes off Bangula Bay reaches heights of about 600 m. Mount Karai, also known as Mount Ruckenberg, lies on the NE side of the geochemically diverse, basaltic-to-rhyolitic complex. Kaiamu maar forms the peninsula extending about 1 km into Bangula Bay at the NW side of the Sulu Range.