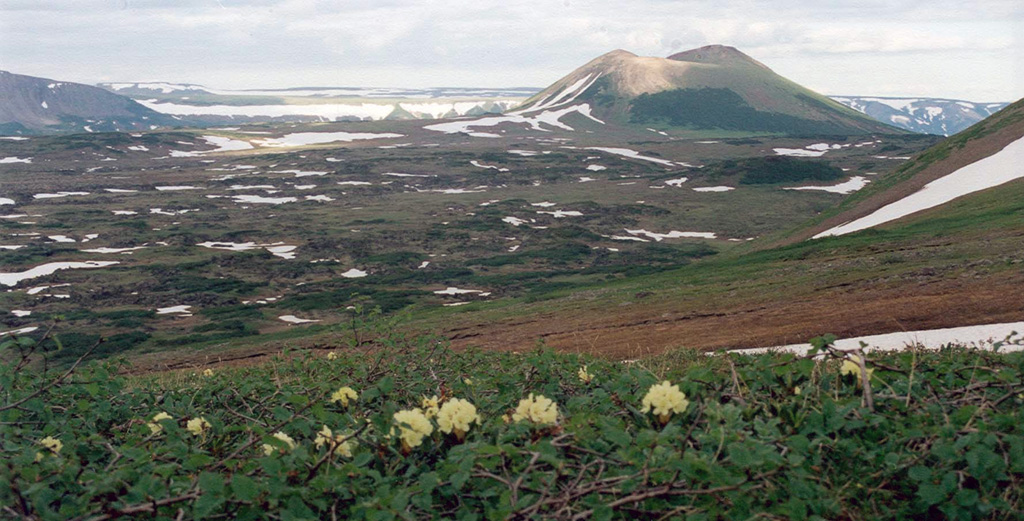 Elovsky is the highest of a cluster of small cones NE of Shishel. The Ozernovsky scoria cone (right) to the NE was the source of the massive early Holocene Ozernovsky lava flow, which traveled to the ESE down a glacial valley on the flanks of the Sredinny Range. The flow formed a lava field covering an area of 100 km2, and dammed tributary valleys, creating several lakes near the headwaters of the Levaya and Pravaya Ozernaya rivers. 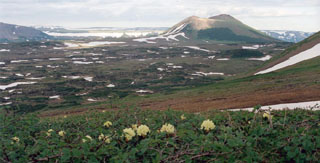