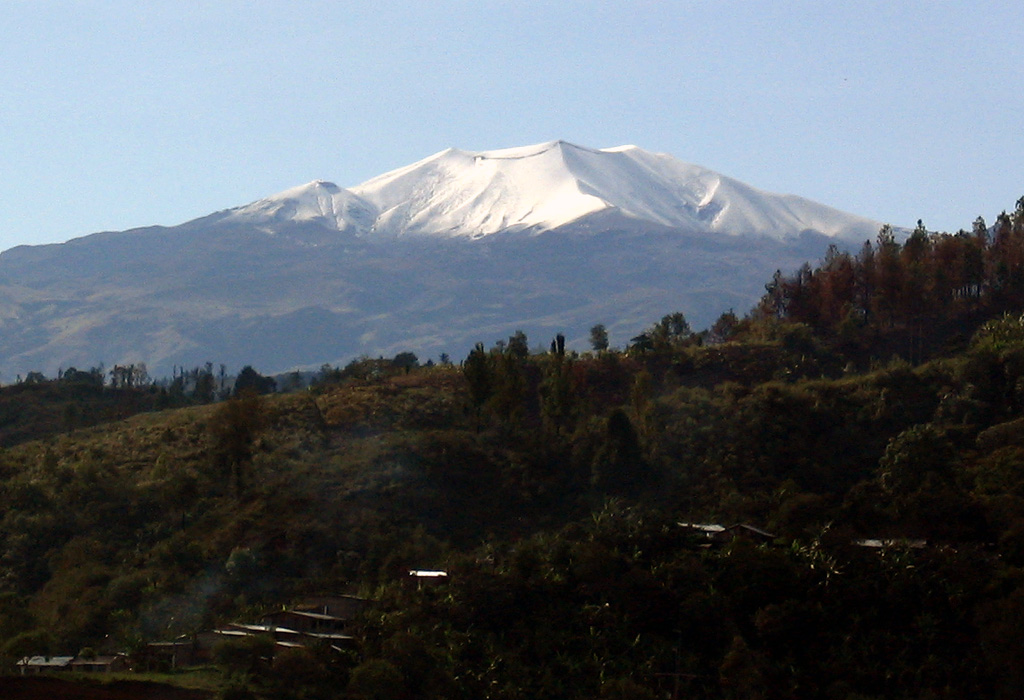 Snow-capped Puracé volcano has a 500-m-wide summit crater and is one of the most active volcanoes in Colombia. Frequent explosive eruptions in the 19th and 20th centuries have modified the morphology of the summit crater, with some of the largest occurring in 1849, 1869, and 1885.