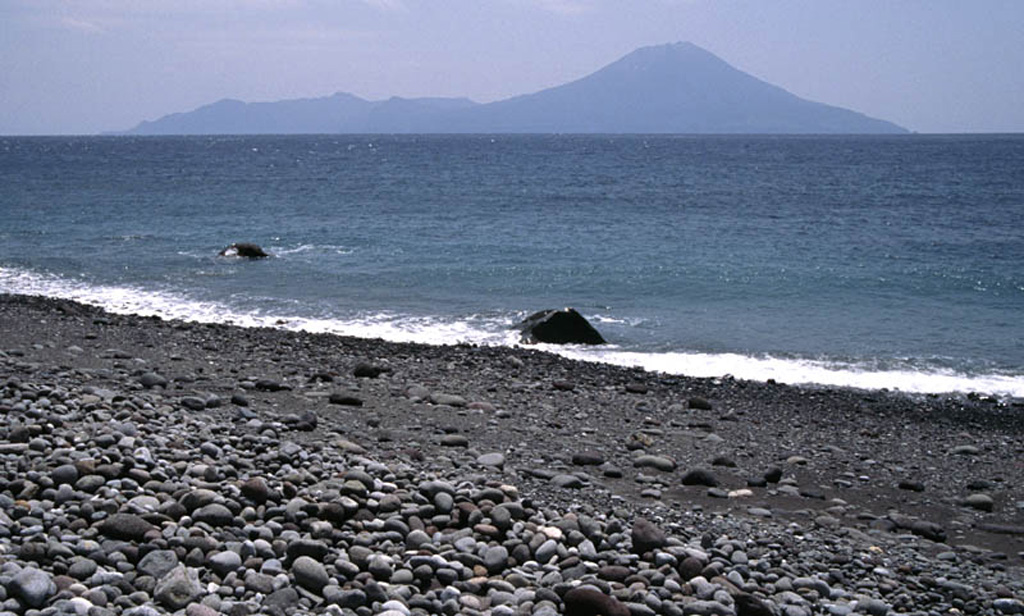 Nakanoshima island is seen here from a beach on Kuchinoshima to the NNE. The active cone of Ontake to the right has a summit crater that fills with water during the rainy season. The 9 x 5 km island is surrounded by coral reefs, and a flat plateau separates it from an older dissected volcano to the south. Minor activity has been reported in historical time. 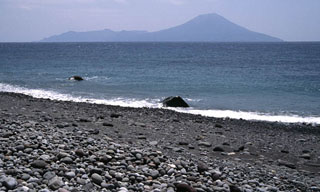