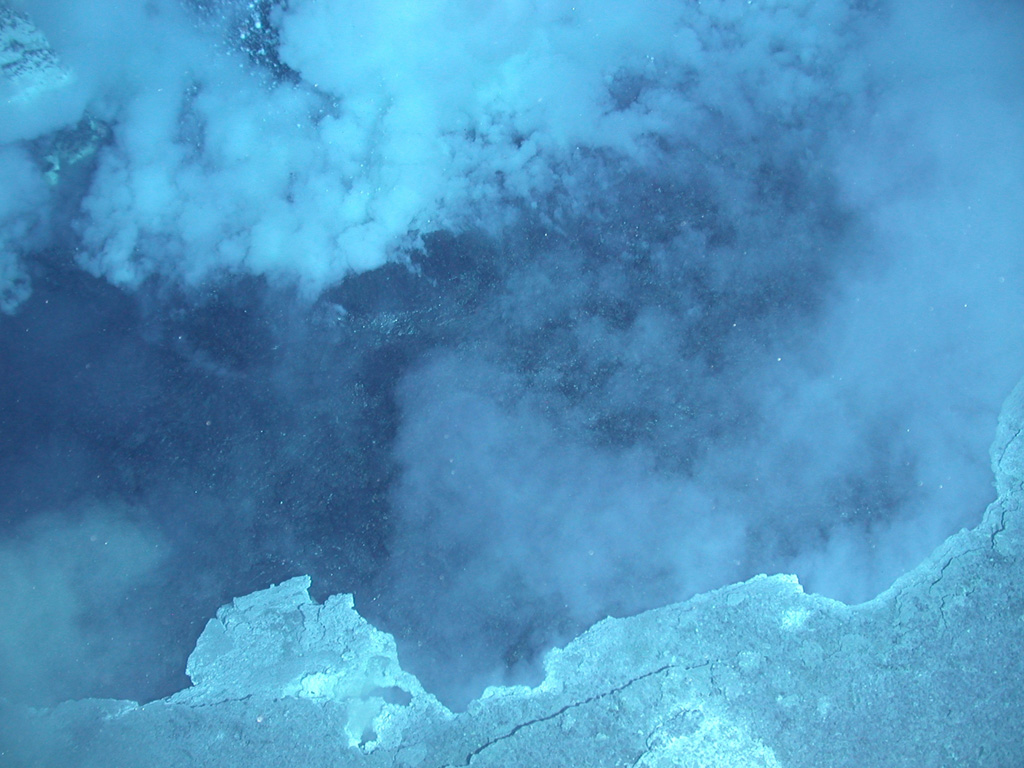 A plume rises from a vent at about 400 m depth on Daikoku seamount in this close-up view only about a few meters across. During a NOAA expedition in 2006 scientists observed a convecting, black pool of liquid sulfur with a partly solidified, undulating sulfur crust. The summit of lies along an E-W-trending ridge SE of Eifuku submarine volcano and rises to within about 300 m of the ocean surface. 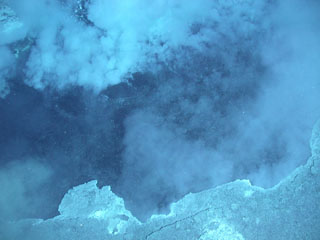