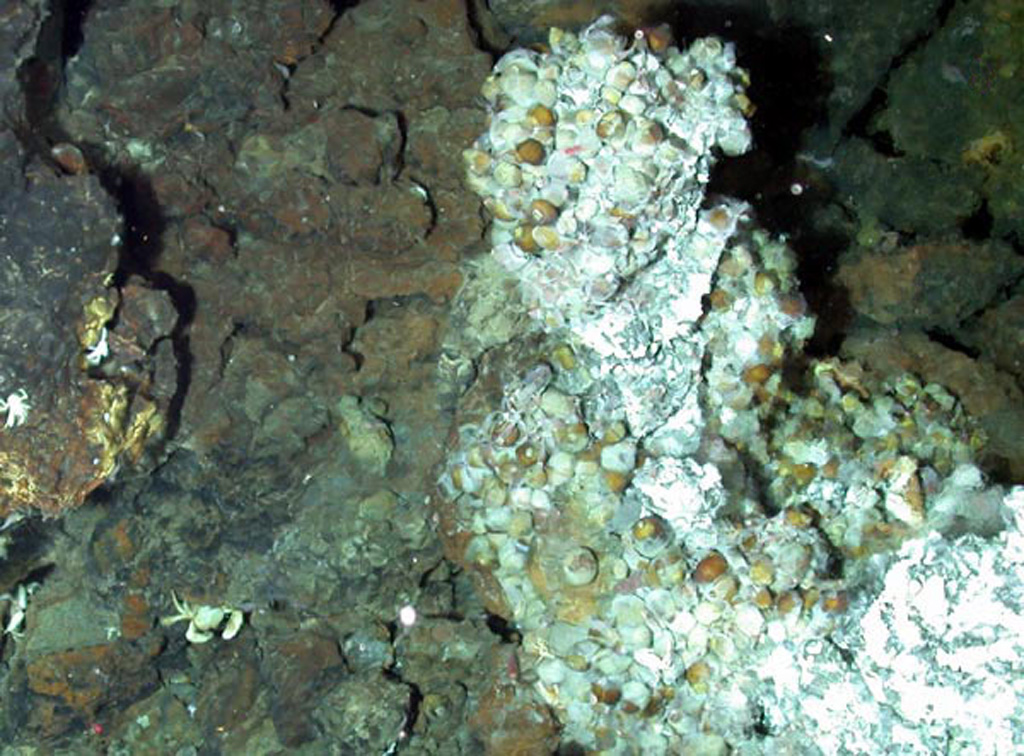 A view from a submersible during a 2006 NOAA Vents Program expedition shows a glimpse of a biological community at a Forecast Seamount vent site. Hydrothermal fluid temperatures were measured up to 200°C, one of the highest temperature vent systems known in the Mariana arc. 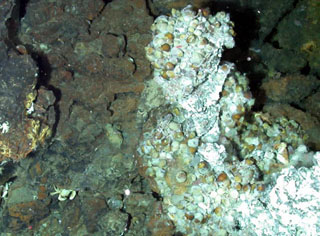