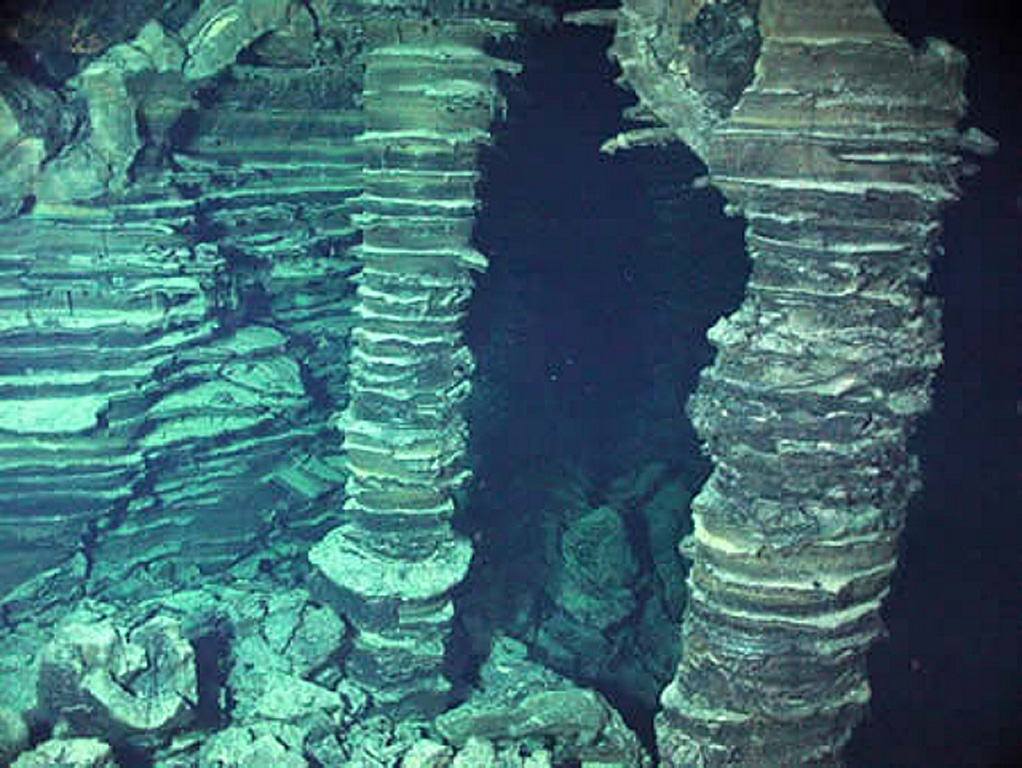 Lava pillars holding up the upper crust remain after collapse of a lava flow erupted from Axial volcano in 1998. The layers within the lava formed when ponded lava drained away. A seismic swarm was detected at Axial Seamount beginning on 25 January 1998. An oceanographic cruise during 9-16 February detected elevated hydrothermal plumes, and later mapping indicated that a submarine lava flow had extruded from a 9-km-long fissure system. 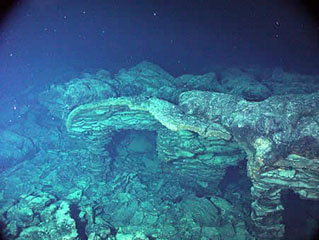