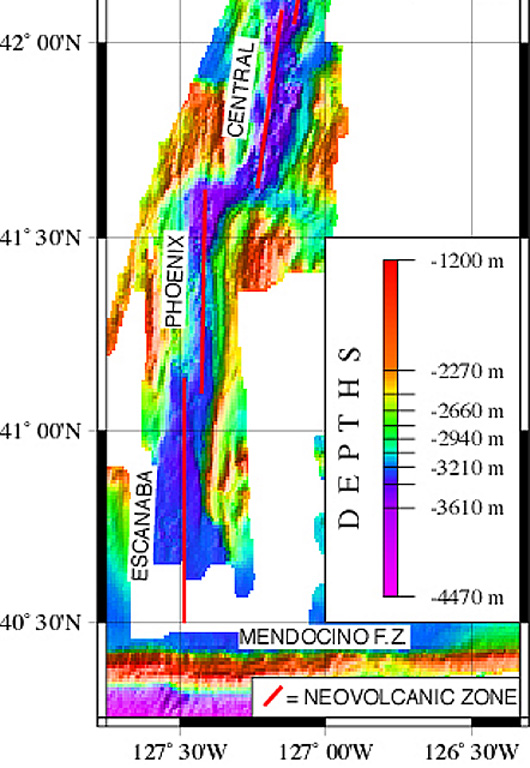 A NOAA/PMEL map shows the setting of the Escanaba Segment at the southern end of the Gorda Ridge west of the coast of northern California. The linear, N-S-trending segment is the southernmost of the five segments of the Gorda Ridge and lies immediately north of the Mendocino Francture Zone. The axial crest of the 130-km-long segment, also known as the Escanaba Trough, is about 3-5 km wide at the northern end and widens to 18 km to the south near the junction with the Mendocino Fracture Zone. 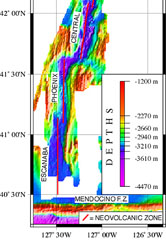