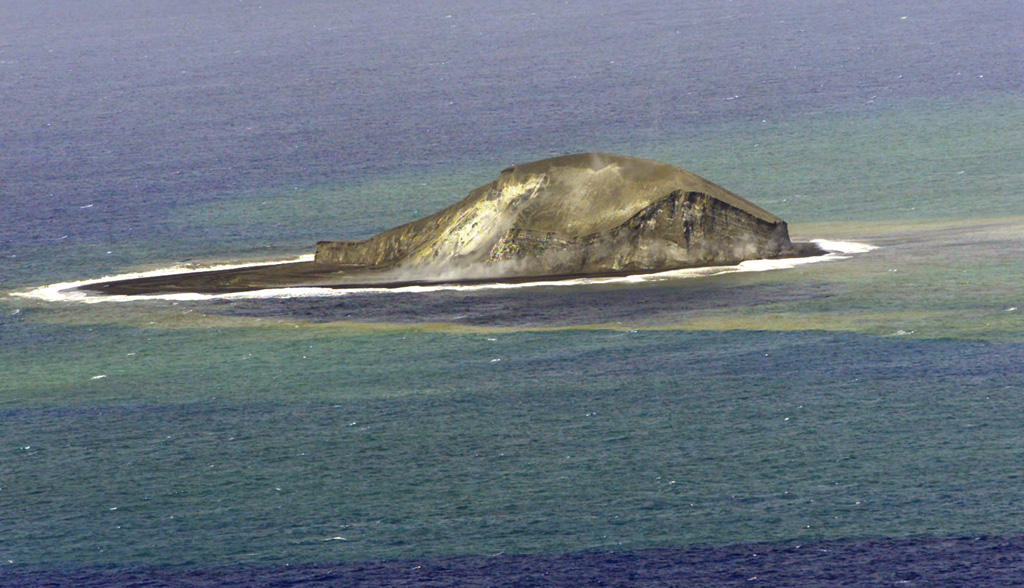 A partially eroded pumice cone formed during an eruption that began on 7 August 2006 is seen from the N on 18 December. By the end of the year, wave erosion had destroyed the cone. Floating dacite pumice from this eruption traveled as far as Australia. Home Reef, a submarine volcano midway between Metis Shoal and Late Island in the central Tonga islands, was first reported active in the mid-19th century, when an ephemeral island formed.