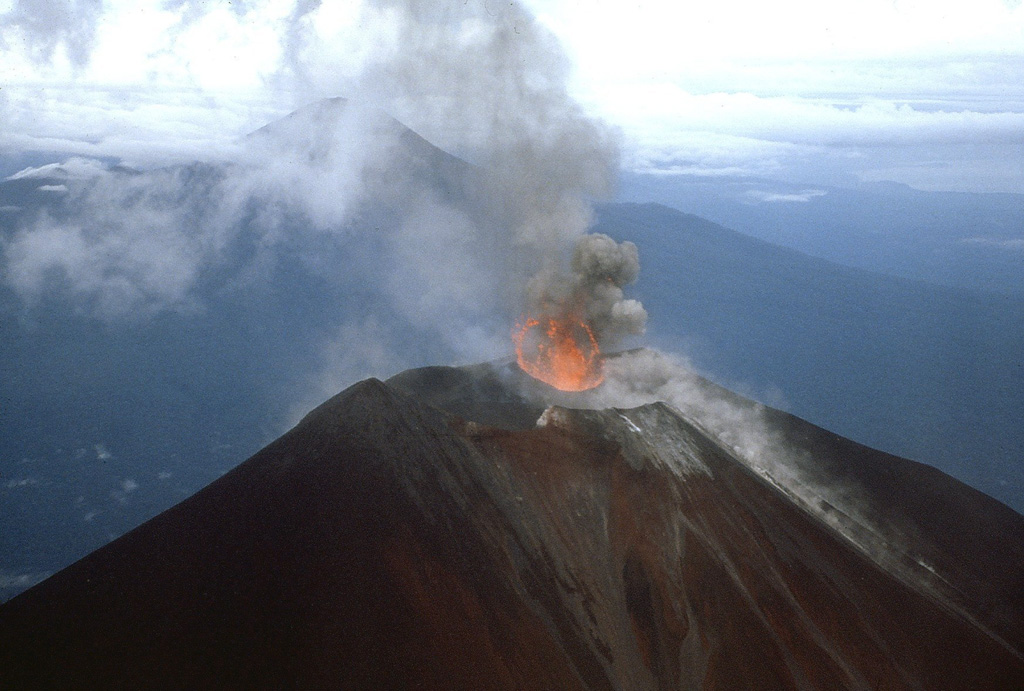 Photograph of Ulawun taken from a helicopter on 25 November 1985. This view from the NE shows the ejection of lava into the air above the vent during Strombolian activity. The other large stratovolcano in the background is Bamus.