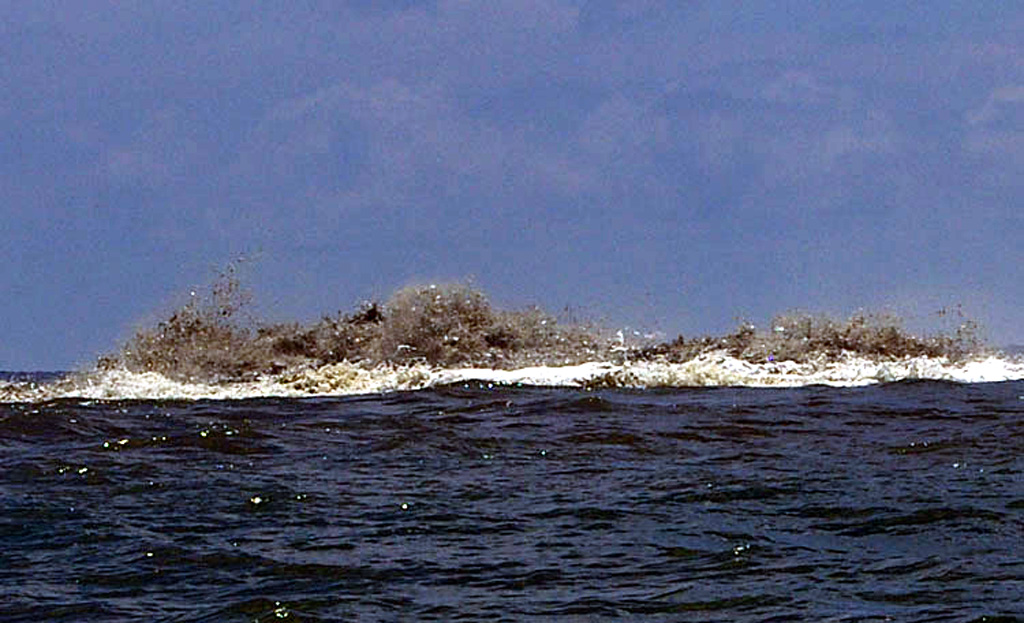 Some of the stronger activity observed at Kavachi on 6 April 2007 included turbulent ash-laden water above the vent, audible explosions, and discolored water down-current of the vent. Following 2 April 2007 Kavachi emitted an ash plume visible from Biche village (on the S coast of Nggatokae Island).