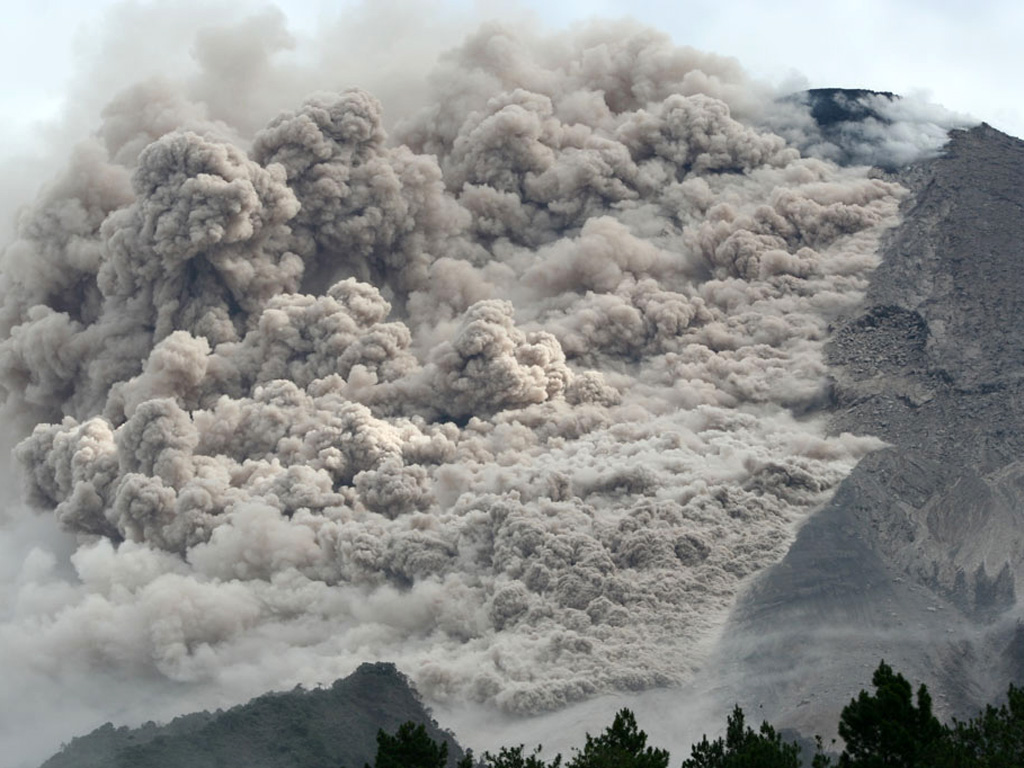 A pyroclastic flow travels down the SE flank of Merapi on 7 June 2006. Renewed lava dome growth had begun at Merapi in April 2006. Ashfall was reported 5 km from the summit on 27 April. Beginning in May, pyroclastic flows descended the flanks of the volcano, sometimes reaching populated areas.

Photo courtesy of The Research and Technology Development Agency for Volcanology, Yogyakarta (BPPTK), 2006.