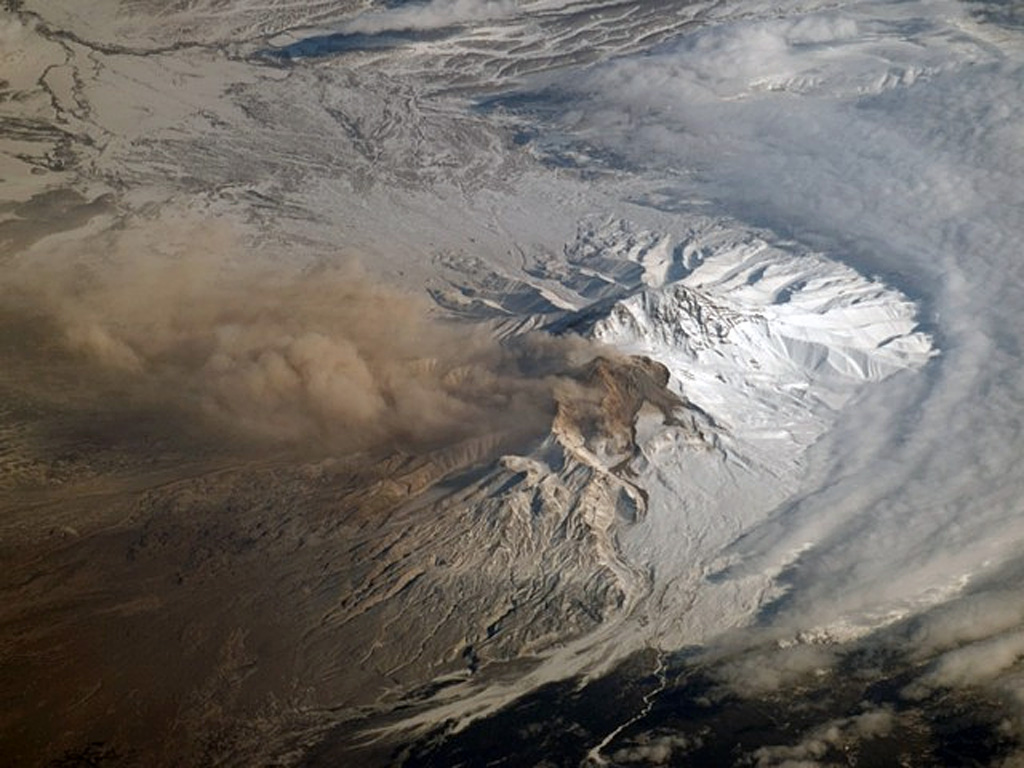 An ash plume from Sheveluch was photographed by NASA astronauts aboard the International Space Station (ISS) around 21 March 2007. Dome growth had recommenced in 1999 and resulted in ash plumes, avalanches, and occasional block-and-ash flows.