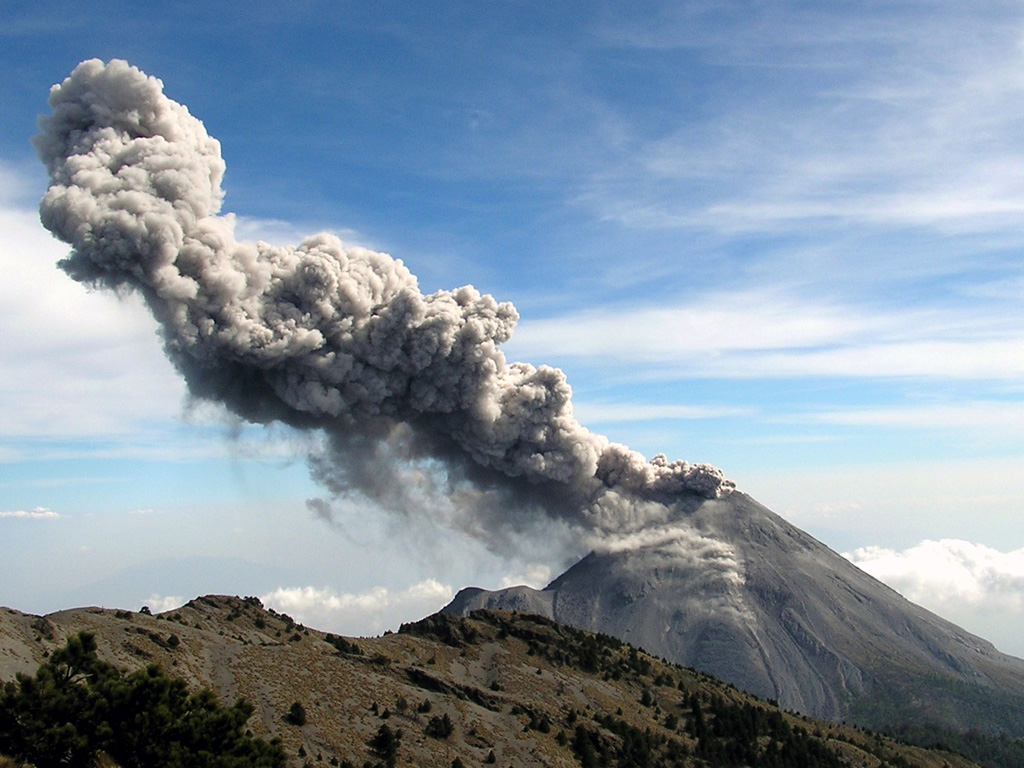 A Vulcanian explosion typical of activity at Colima is seen here from the north on 10 March 2007. Intermittent explosive eruptions with occasional lava dome growth and associated pyroclastic flows had been continuing for nearly a decade at this time.