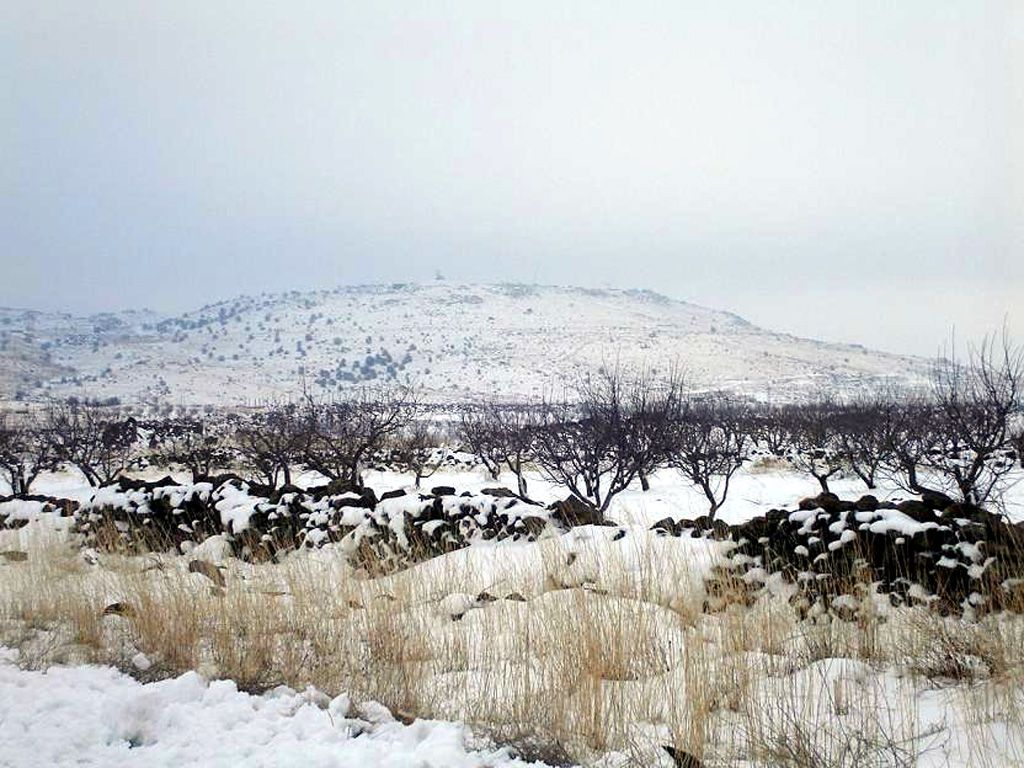 Snow-capped Tell Qeni is the highest point of the Jabal ad Druze volcanic field, the southernmost in Syria. It lies in the Haurun-Druze Plateau in SW Syria near the border with Jordan. The field consists of a group of 118 basaltic volcanoes active from the lower-Pleistocene to the Holocene. 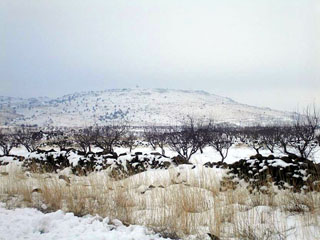