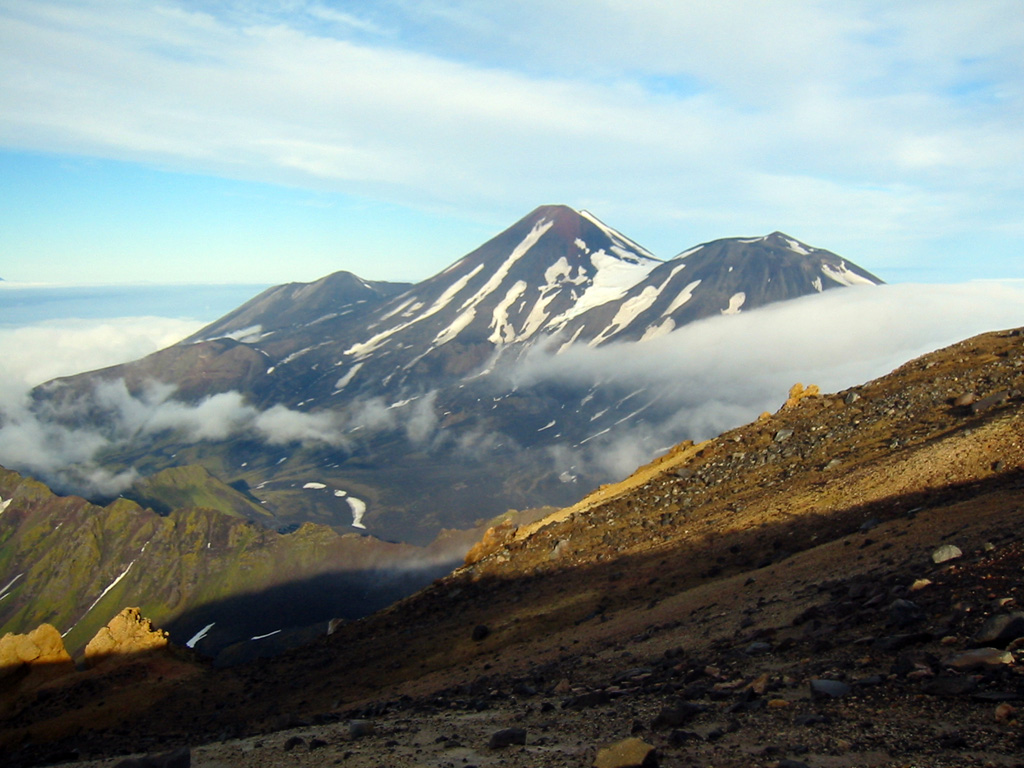 Three peaks of the Tanaga volcanic complex, Sajaka, Tanaga, and East Tanaga (from left to right), are seen from the summit of Takawangha volcano. Tanaga volcano is the central and highest of three cones along a roughly E-W trend at the NW tip of Tanaga Island. The ridge to the lower left is part of a caldera rim that formed by the collapse of an ancestral Tanaga volcano during the Pleistocene.