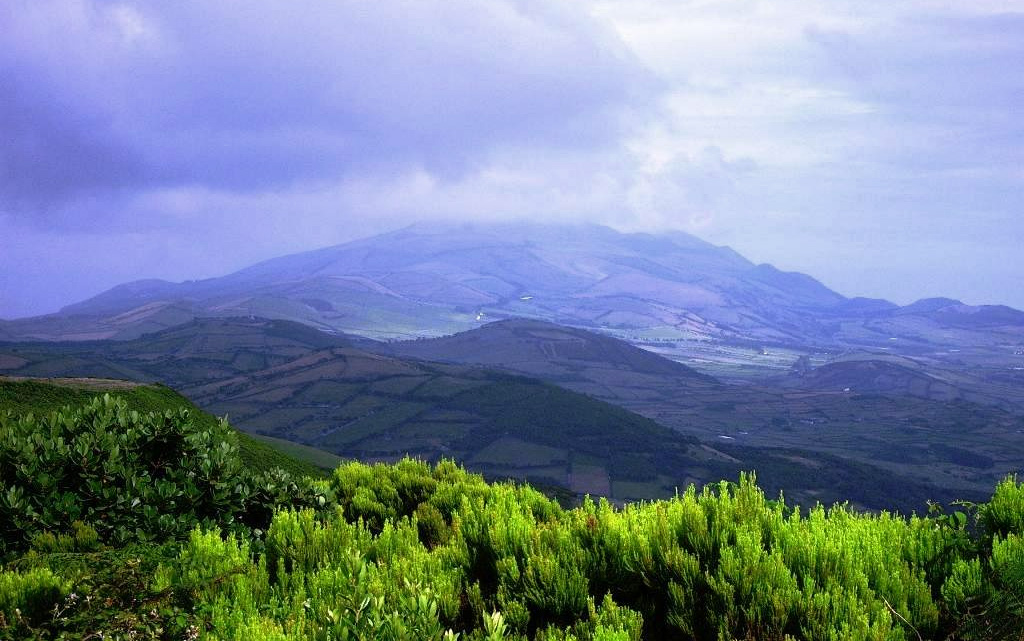 The Pico da Velha cone is seen in this view of the interior of the island of São Jorge. The linear island is 54 km long and only about 6 km wide at its widest point. This cone is one of many along a volcanic ridge down the axis of the island. Eruptions recorded since 1580 have produced lava flows that reached the ocean, and submarine eruptions were reported from vents off the southern and southwestern coasts. 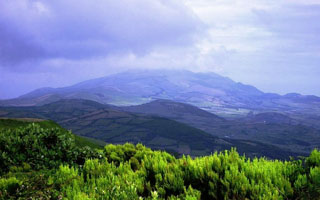