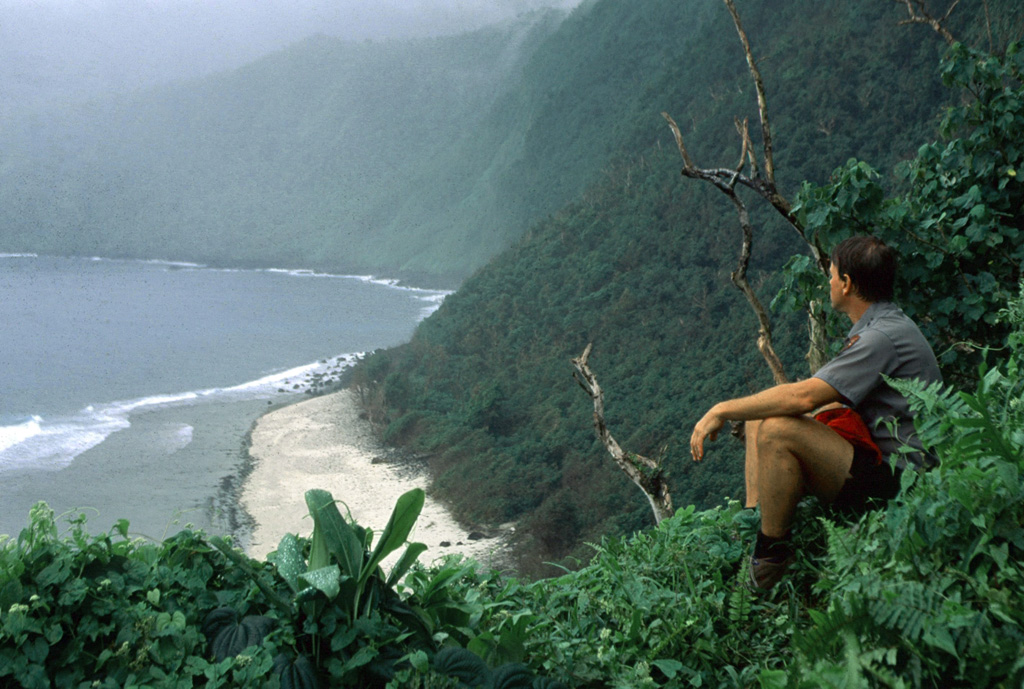 Sheer, forested cliffs form the southern side of Ta'u Island at the eastern end of the Samoan Islands. Partial collapse of the shield volcano formed a large arcuate depression open to the S. The 6 x 10 km Island is the emergent portion of the large Lata shield volcano, which also contains numerous Holocene post-caldera cones at the summit and flanks.