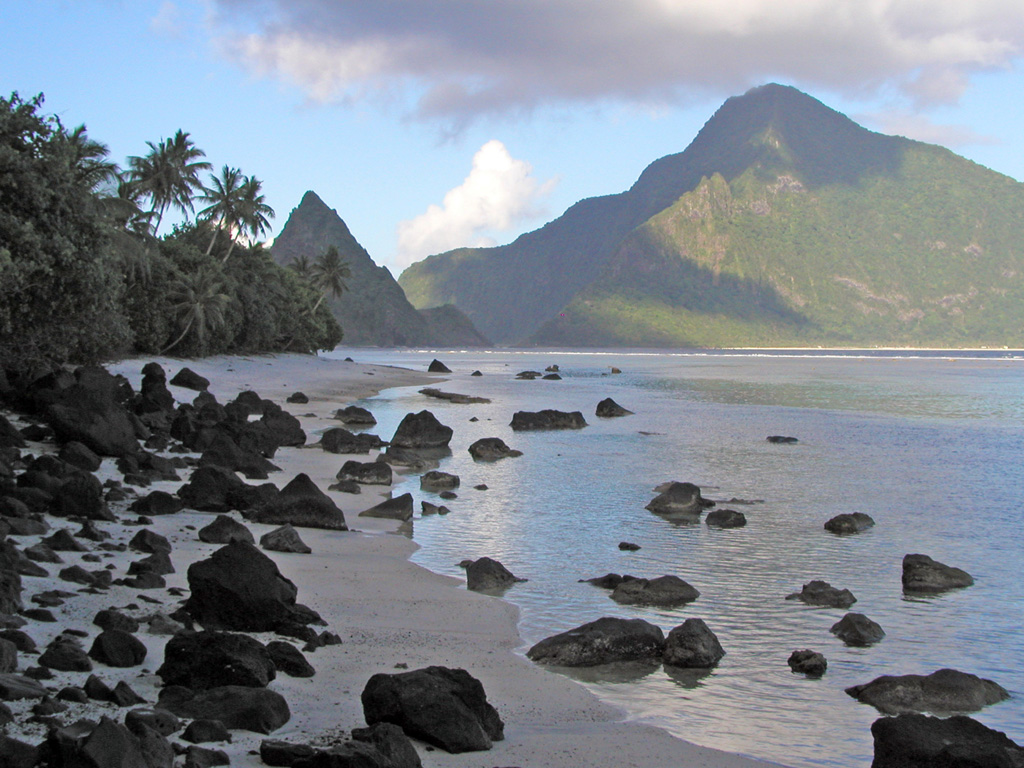 A narrow strait (just left of center) separates the two triangular islands of Ofu (left) and Olosega (right) in eastern Samoa. The islands are formed by two eroded, coalescing shield volcanoes. The narrow, steep-sided ridge forming the W side of Ofu Island is cut by volcanic dikes and an intrusive plug forms the sharp spire on Ofu Island to the left. A submarine eruption took place in 1866 at the far end of the two islands, 3 km SE of Olosega, along the ridge connecting Olosega with Ta'u Island. 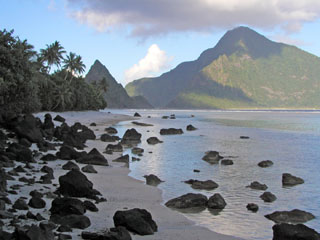