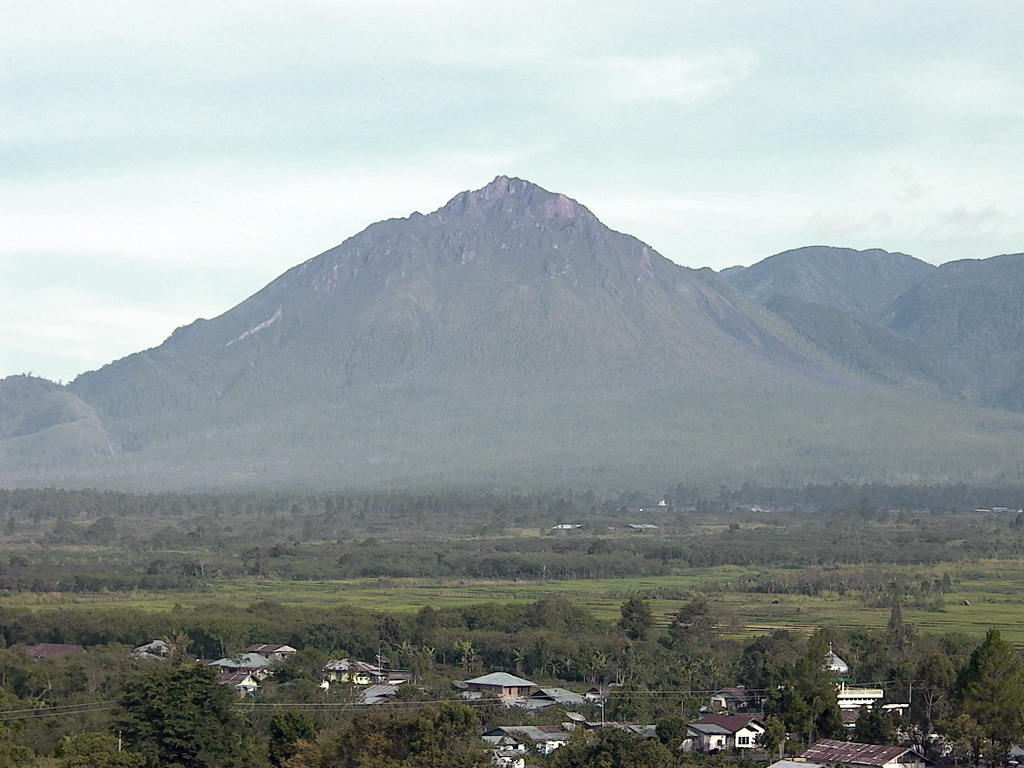 Historically active Bur ni Telong volcano, seen here from the SE, was constructed on the southern flank of Bur ni Geureudong volcano, part of which is visible in the background. The two summits of the complex are 4.5 km apart and are similar in elevation. The summit crater has migrated to the ESE, leaving arcuate crater rims. Lava flows are exposed on the southern flank. Explosive eruptions were recorded during the 19th and 20th centuries. 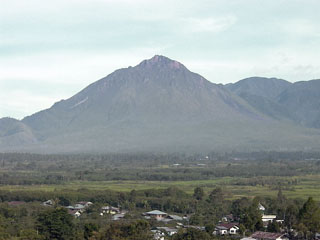