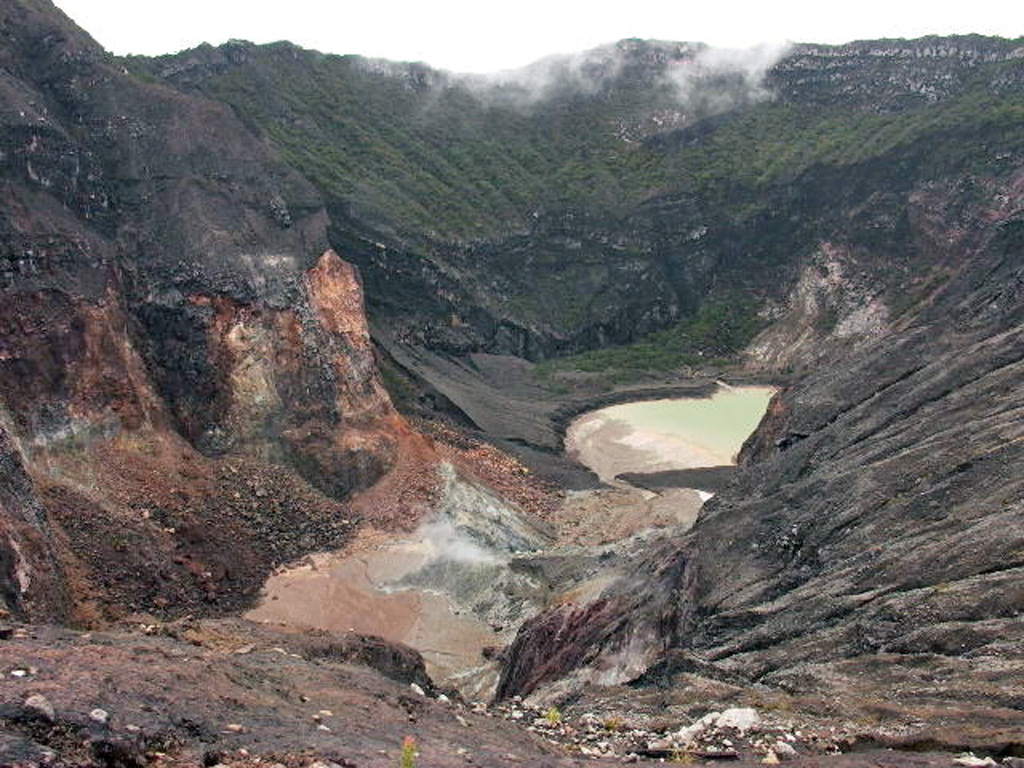 A small lake occupies the steep-walled summit crater of Cereme volcano in central Java in this 2004 view. The symmetrical stratovolcano is located closer to the northern coast than other central Java volcanoes. Eruptions have included explosive activity and lahars, primarily from the summit crater.