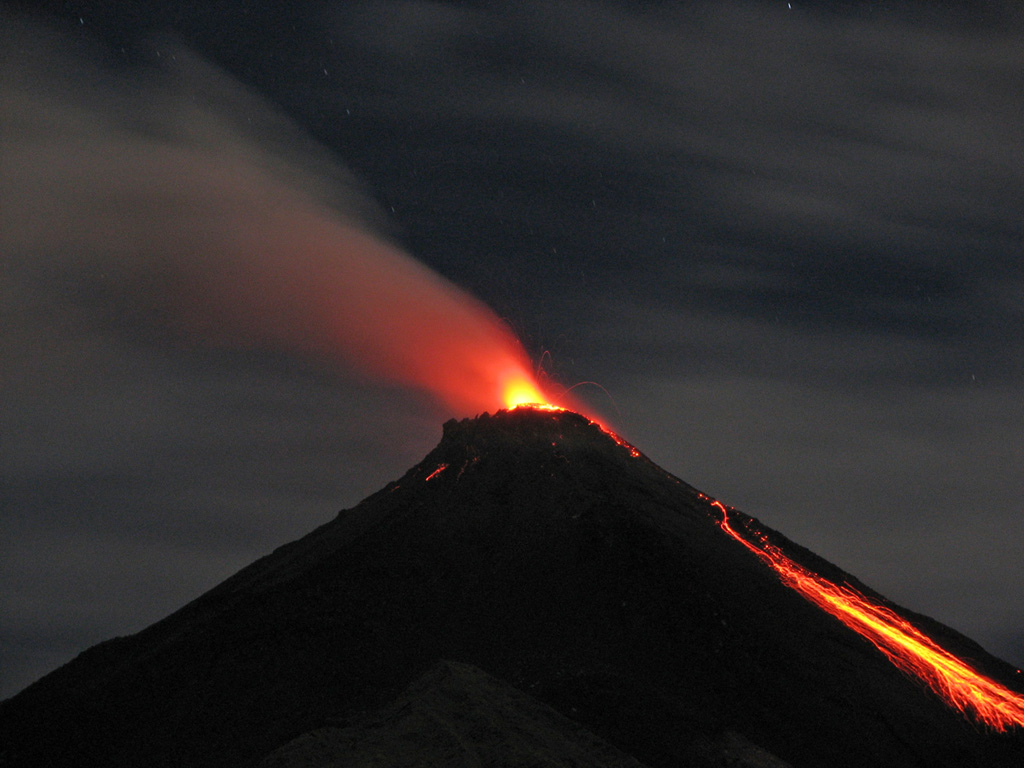 A night time view on August 28, 2007 shows incandescent ejecta from the summit crater and glowing rock avalanches down the flanks. Activity at the frequently active Karangetang volcano had resumed with a small eruption on July 3, 2006 that produced an ash plume. On July 12 lava flows were observed descending to the east, and a pyroclastic flow occurred on July 21. Lava flows were also reported in August, and intermittent explosive activity continued in 2007.