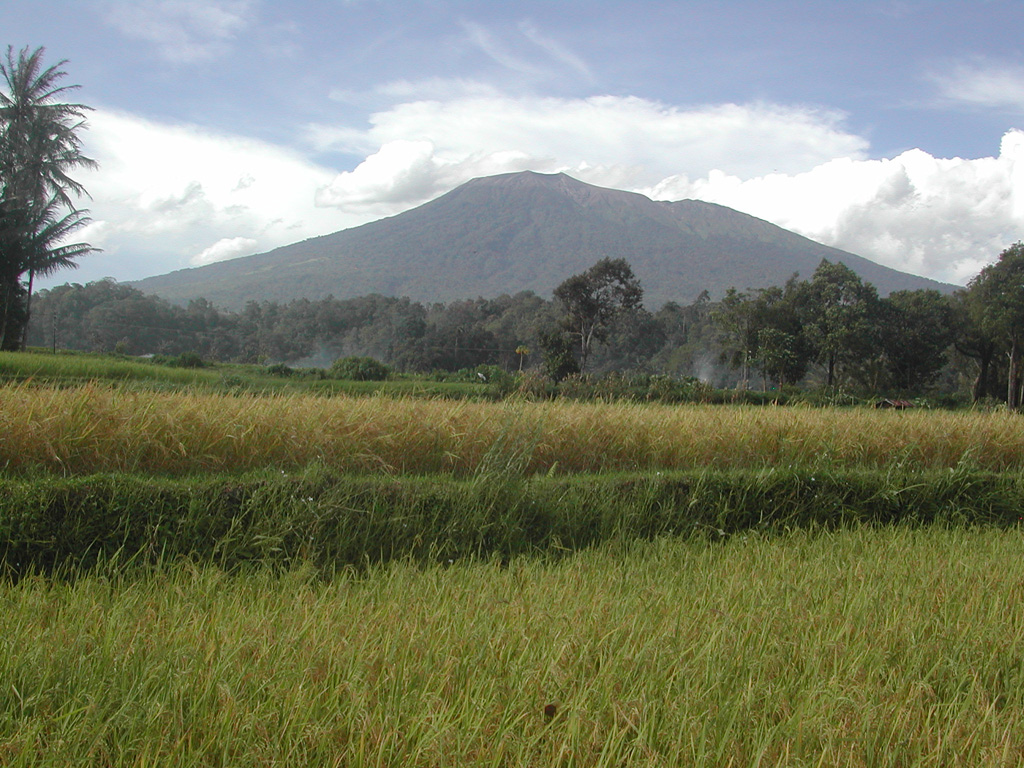 Marapi, seen here in front of above rice fields, is Sumatra's most active volcano. More than 50 small-to-moderate explosive eruptions have occurred since the end of the 18th century. Marapi, not to be confused with the more well-known Merapi volcano on Java, has multiple summit craters and reaches 2,000 m above the Padang Highlands in central Sumatra.