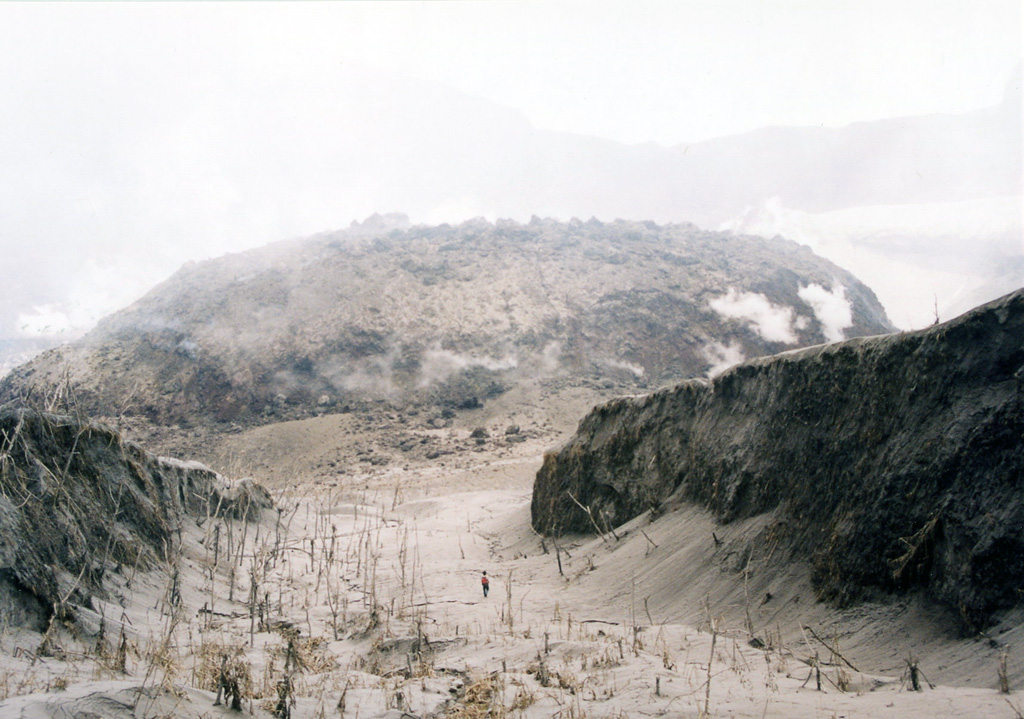 A newly formed, steaming lava dome occupies the summit crater of Awu volcano. Following increased seismicity, a small lava dome was noted on June 2, 2004. Explosive eruptions took place beginning on June 6, the largest of which, on June 10, produced an ash plume 3 km high. By June 14 the dome was 250 x 300 m wide and 40 m high. Incandescence was observed in late June to early July, and at the end of August (the last report) the dome was observed to have increased in size to the north, but had not increased in height.