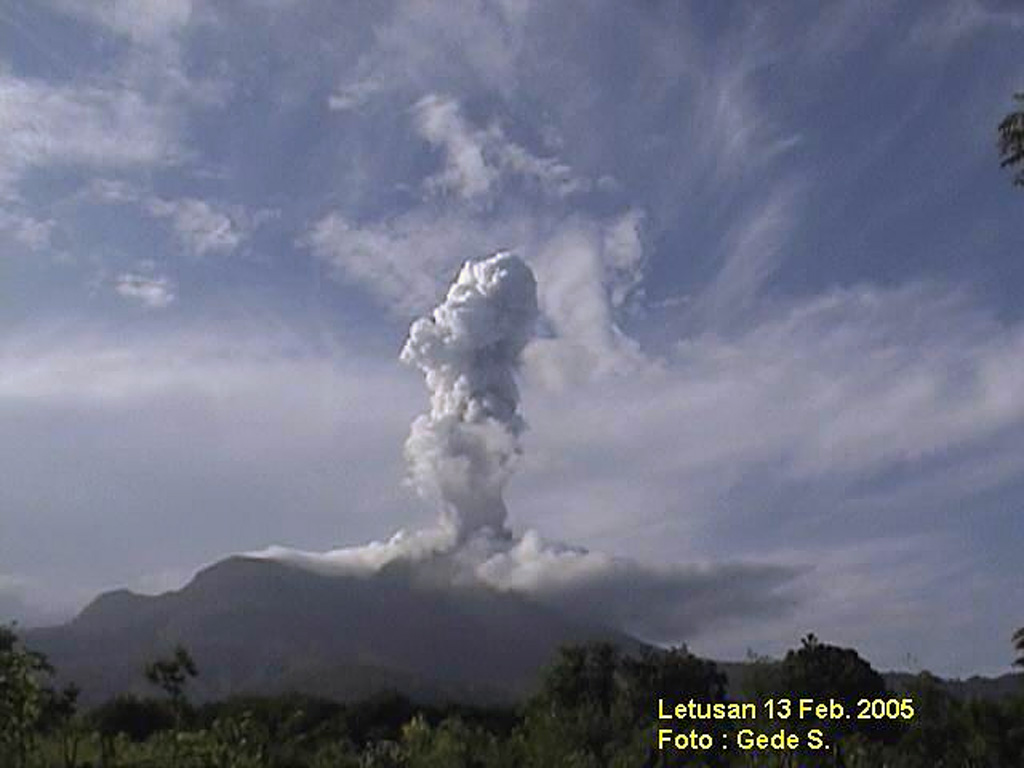 A plume rises above Egon volcano on 13 February 2005. Explosive eruptions on 6-7 February 2005 ejected ash and lapilli. On 14 February another explosion ejected ash and incandescent material to about 50 m above the summit. According to a news report, as of 17 February recent eruptive activity at Egon had prompted the local government to evacuate hundreds of residents living near the volcano. Minor ash plumes were reported during 25-27 February.