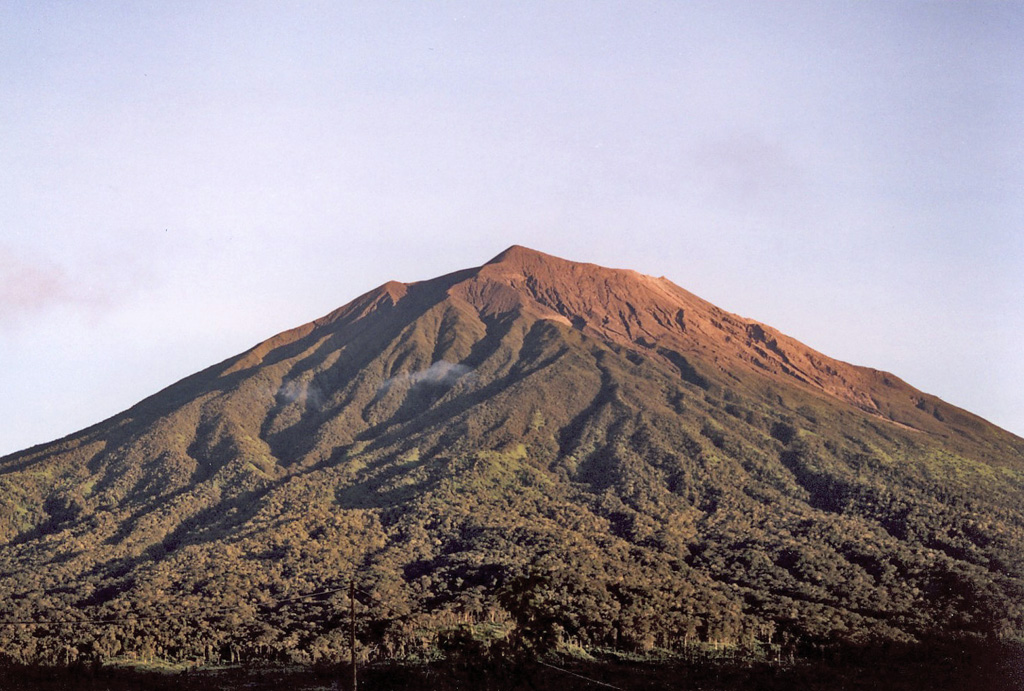 The unvegetated summit of Gunung Kerinci in central Sumatra is seen here from Pengamatan on its southern flank. Kerinci is one of the most active volcanoes in Sumatra and has been the source of numerous moderate explosive eruptions since its first recorded eruption in 1838. The 13 x 25 km wide volcano rises above the surrounding plains.