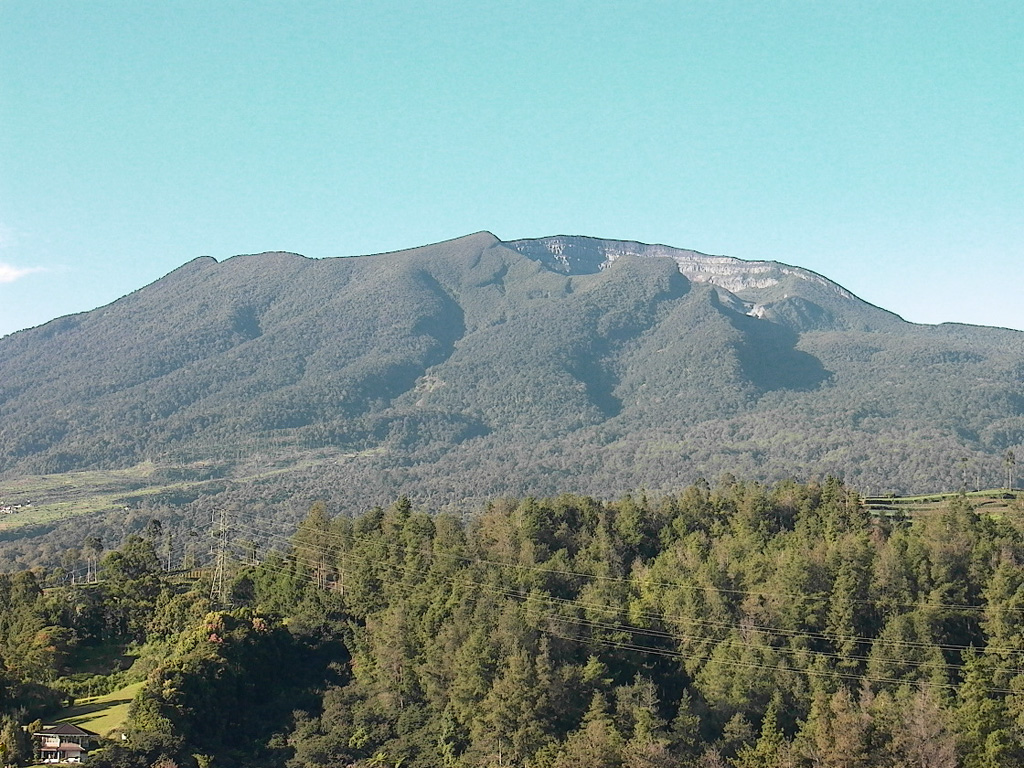 The summit crater (right) of Gede is at the broad summit of the volcano. Gunung Gede is one of the most prominent volcanoes in western Java, forming a twin volcano with Pangrango volcano to the NW. Many lava flows are visible on the flanks of the younger Gunung Gede, including some that may have been erupted in historical time. Historical activity, recorded since the 16th century, typically consists of small explosive eruptions of short duration.