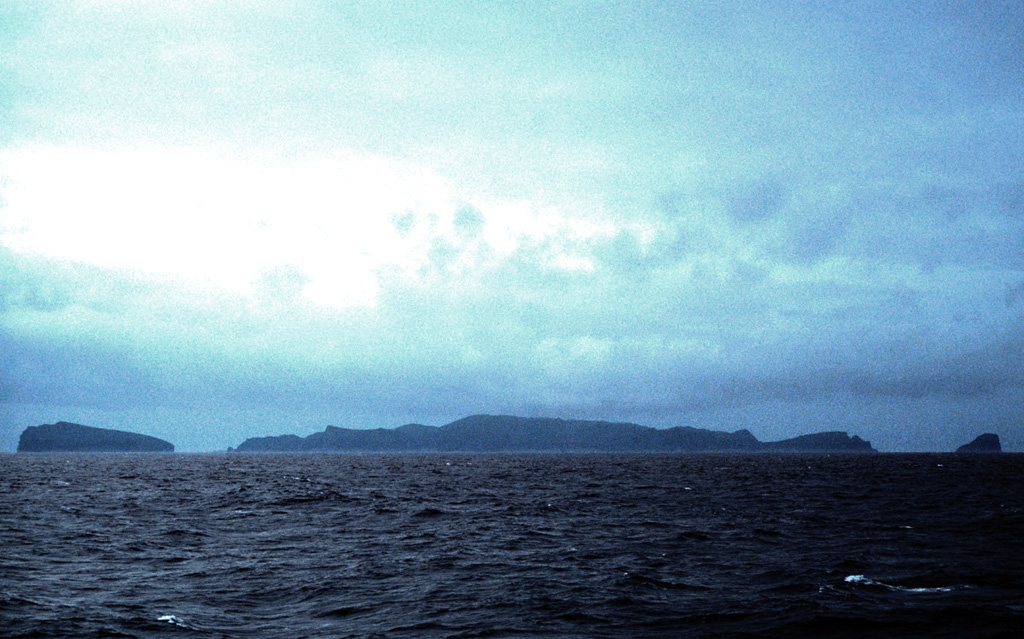 The isolated, uninhabited Antipodes Islands, seen here from the north, are located in the south Pacific, 770 km SE of New Zealand. Volcanism has been dominantly pyroclastic, and the presence of well-preserved scoria cones suggests a Holocene age. The most recent eruptions occurred on the cone forming Mount Galloway and Mount Waterhouse at the center of Antipodes Island. Bollons Island, at the left, lies off the NE coast of the 4-km-wide main island. 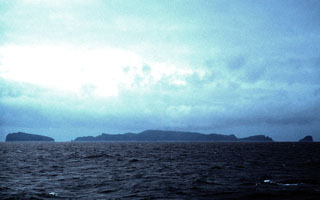