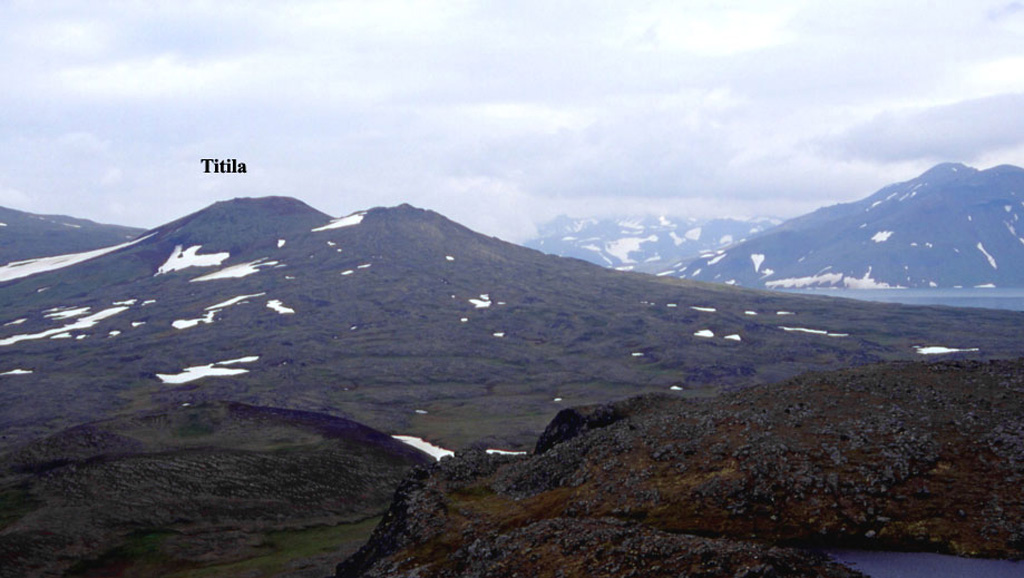 Titila volcano is viewed looking towards the SE. It started to erupt in the late Pleistocene and was active about 10,000-8,000 and 3,000-2,500 years ago. A flank vent (forming the peak to the right) formed during the early Holocene. Its lava flows dammed a river to form Glubokoye Lake to the right. 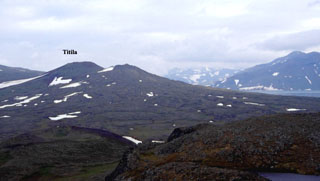