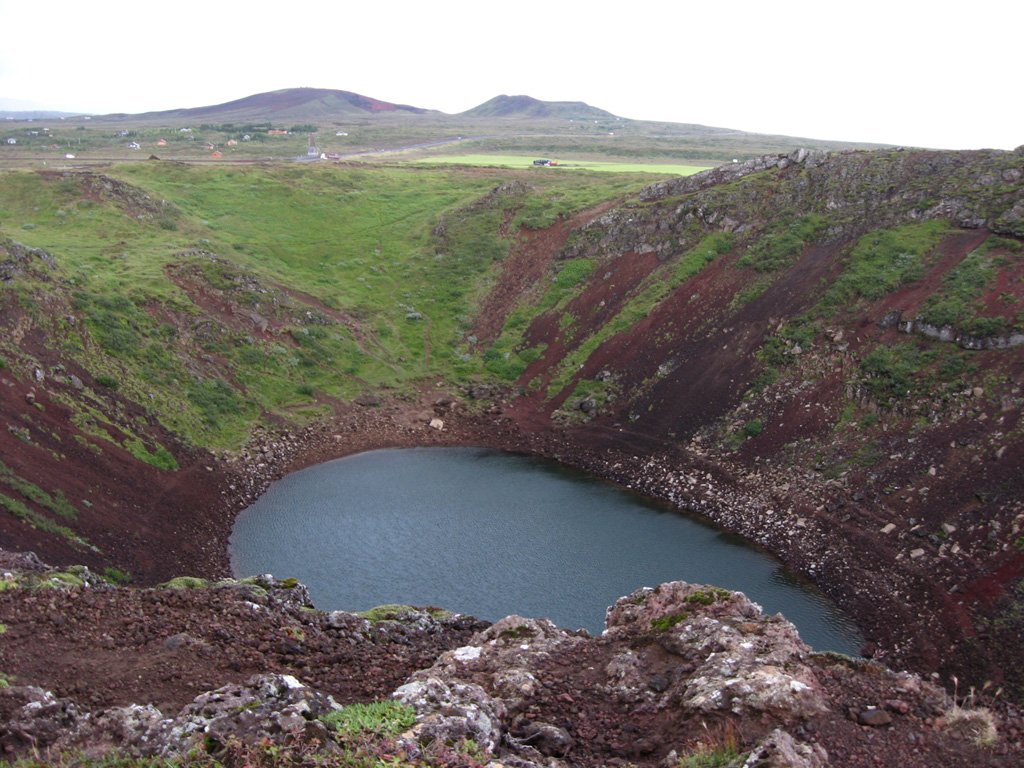 A small pond fills the bottom of the Kerid crater at the northern end of the Tjarnarholar crater row in the Grímsnes volcanic system. The crater is elliptic in shape, 270 m long, 170 m wide, and 55 m deep. Other cinder cones of the Holocene Grímsnes volcanic field are visible in the background to the north. Grímsnes lava flows cover 54 sq km and were erupted from a group of 11 fissures that produced a series of NE-SW-trending crater rows. 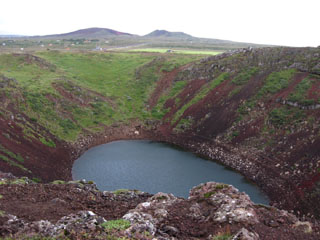