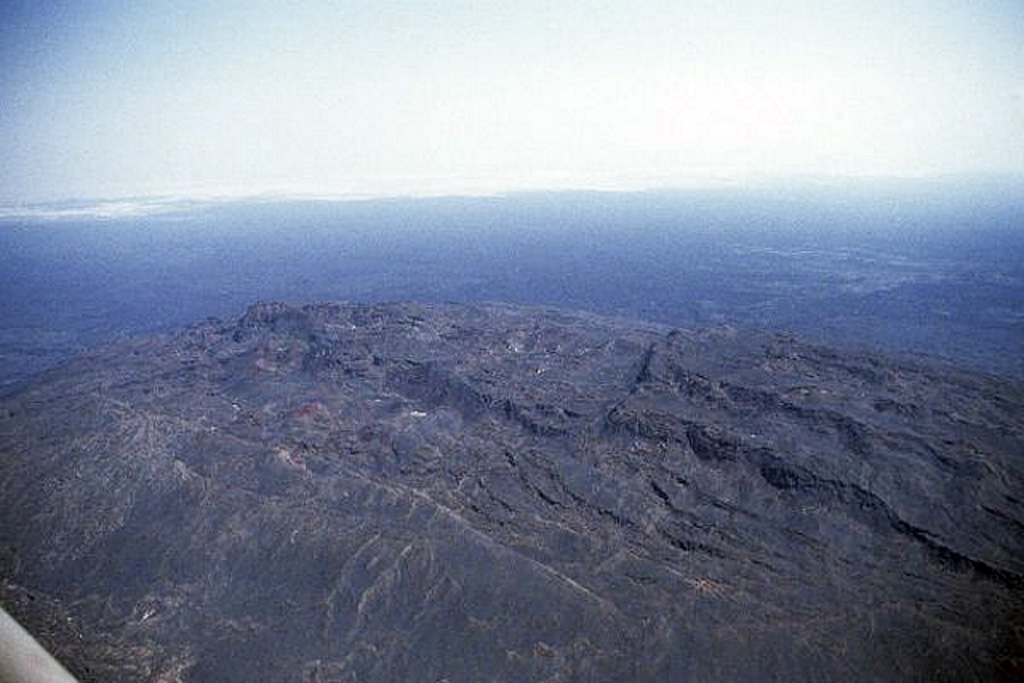 The summit region of Alu volcano is primarily composed of older basaltic lava flows. Major fumarolic activity is located on the numerous parallel faults, some of which have scarps up to 100 m high. Fissure vents west of the horst have fed silicic lava flows, and other fissures to the south have produced voluminous basaltic lava flows that extend north as far as Lake Bakili.