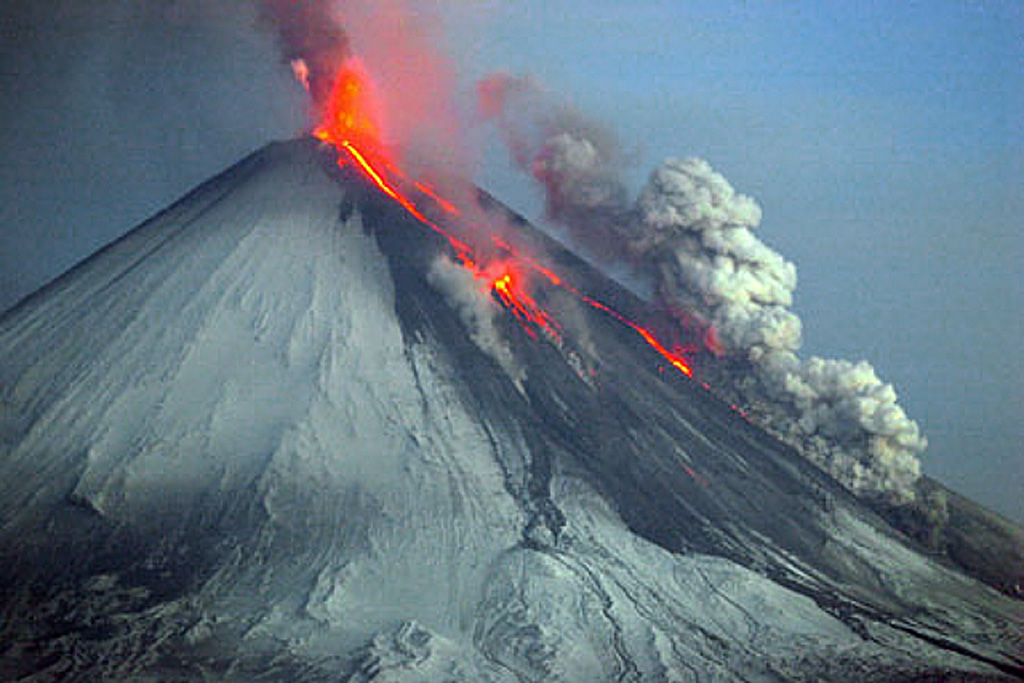 Strombolian eruptions produce incandescent plumes from the summit crater and lava flows descend the NW flanks of the volcano on 27 May 2007 and an ash-and-steam plume rises from the lava flow margins. Strombolian eruptions had begun on 15 February 2007 at the summit crater. Intermittent explosive activity continued, and lava flows began traveling down the NW flank on 29 March. Steam-and-ash plumes reached a maximum altitude of 10 km on May 27 and the last ash plume was observed on 15 July, after which steam plumes were observed.