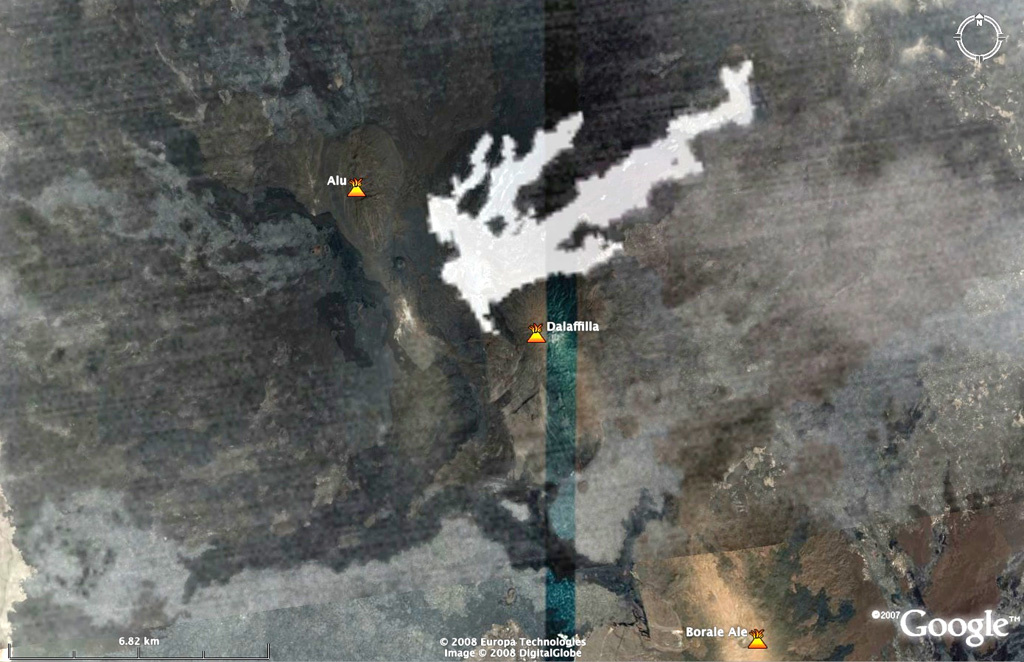 This nighttime ASTER image, taken on 8 November 2008 at 1942 UTC shows in white the lava flows between Dalafilla and Alu volcanoes superimposed on Google Earth imagery. The first historical eruption began on 3 November 2008 from one or more fissures located W and NW, between Dalafilla and Alu volcanoes. An initial sulfur-rich eruption plume was followed by extensive lava flows to the NE. MODIS thermal alerts were detected until 28 December.