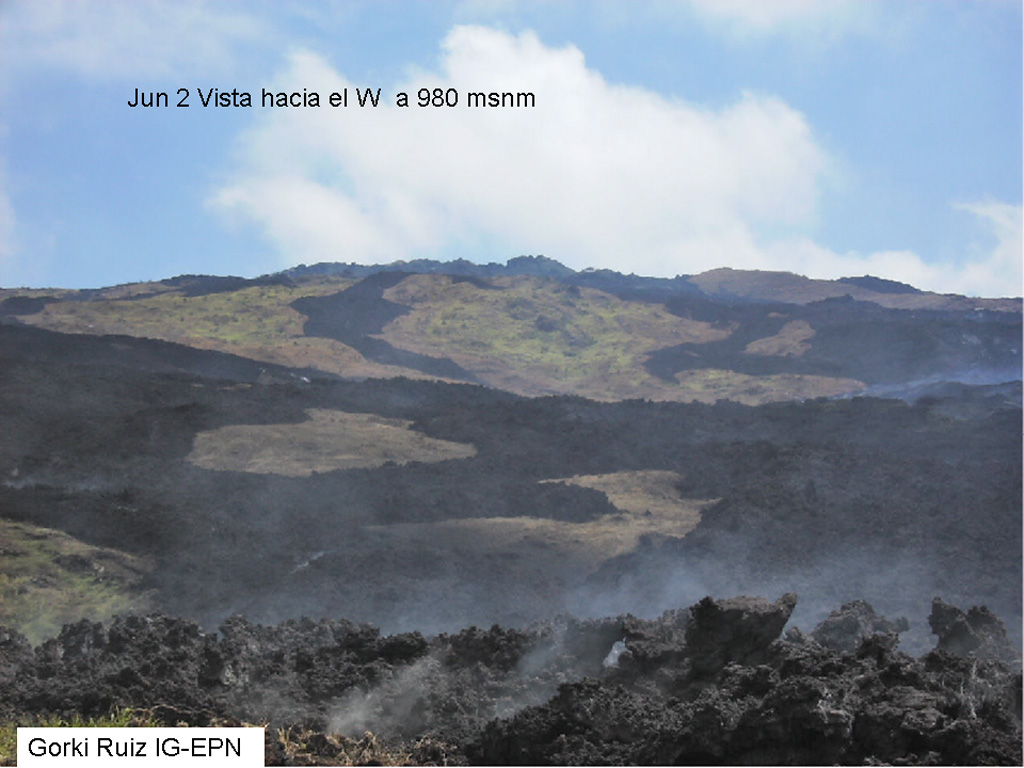 A view at Cerro Azul on June 2, 2008 looking west from 980 m elevation, shows lava flows from a May to June 2008 eruption. From May 29 to June 1, lava flows were emitted from fissures in the summit caldera and on the east flank. Beginning June 3, lava flows were erupted from fissures lower on the east flank. Eruptive activity from Cerro Azul decreased considerably during June 16-17 and on June 18 incandescent material was no longer ejected.