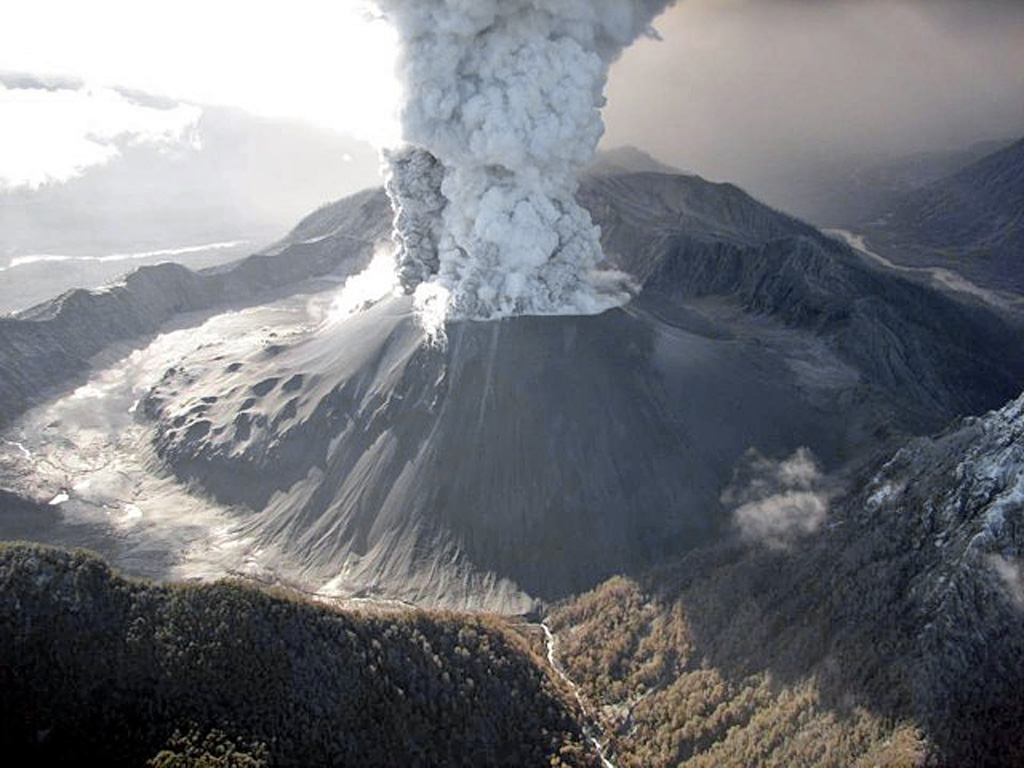 An eruption plume rises from a broad crater in a tephra cone atop the new and old dome complex in this May 26, 2008 helicopter view of Chaitén from the SW. Lumpy areas on the middle to lower cone mark obsidian outcrops on the now buried older dome. Burned vegetation is visible at the bottom center along the Blanco River. A major explosive eruption at Chaitén volcano began on May 2, marking the first historical eruption of the volcano. Mudflows destroyed much of the town of Chaitén.