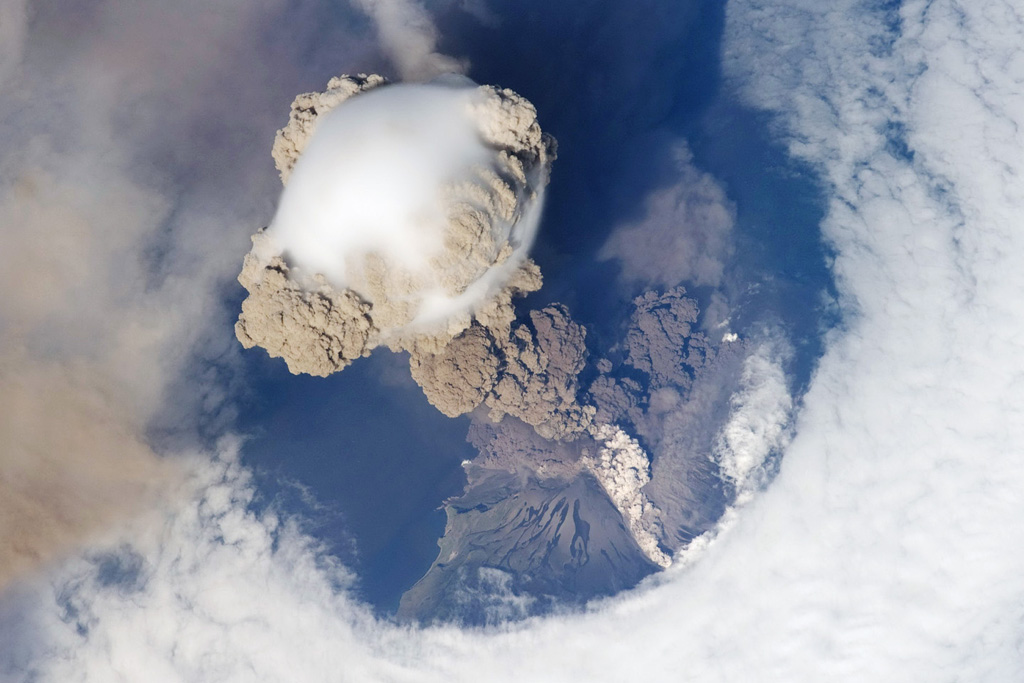 One of the largest historical eruptions in the Kuriles took place 11-16 June from Sarychev Peak. This NASA International Space Station view on 12 June shows an eruption plume that rose to 16-21 km altitude; pyroclastic flows reached the sea and extended the shoreline in some areas. The main explosive phase ended on 16 June, but weak explosions producing ash plumes continued prior to arrival of a field team on 26-28 July, when no eruptive activity was observed.