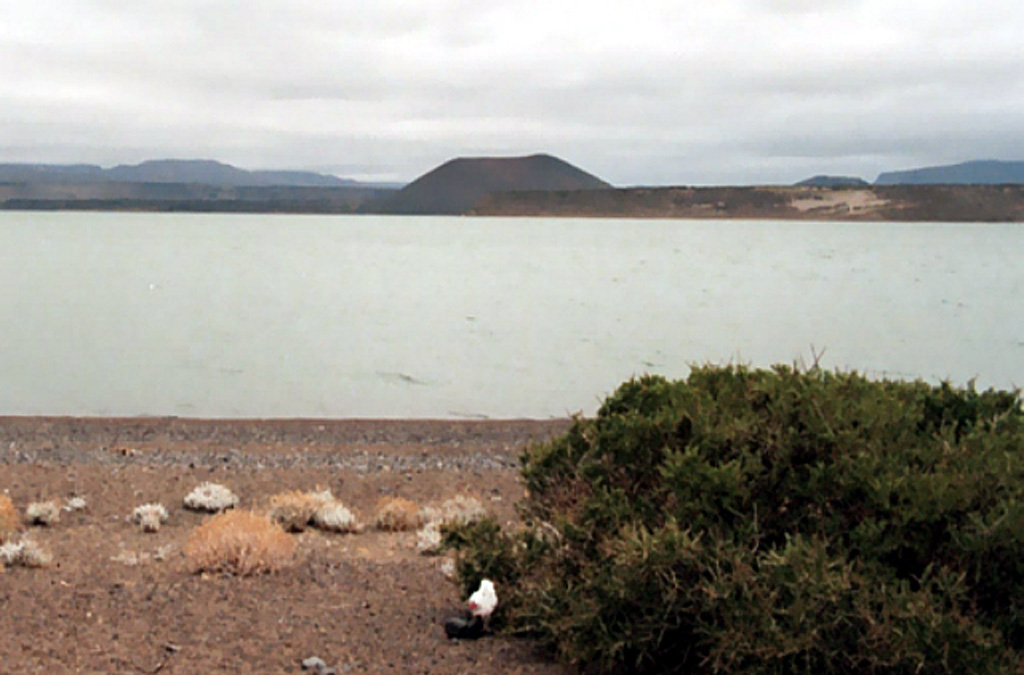 A pristine cinder cones rises to the west above the shores of Laguna Blanca, namesake of the Laguna Blanca National Park in Argentina. The park is noted for its aquatic bird fauna, including black-necked swans and flamingos. Youthful-looking basaltic to trachyandesitic cinder cones and small shield volcanoes of the Laguna Blanca volcanic field are considered to be of Holocene age, although no radiometric ages are available. 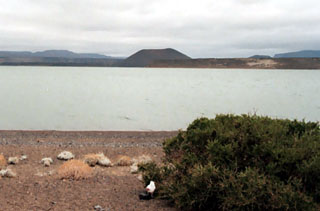