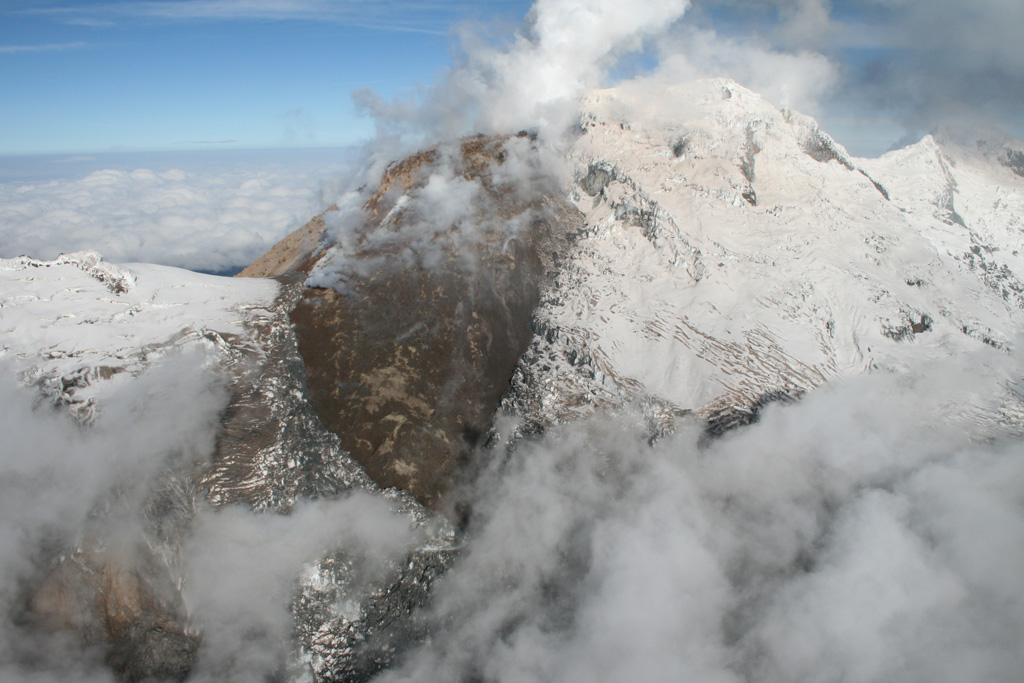 A dark, steaming lava seen from the east was emplaced during an eruption from Huila volcano that began in 2008. Pico del Sur lies at the left, with glacier-covered Pico Central at upper right and Pico Norte at far right. The lava dome straddled the summit ridge and descended opposite sides of the volcano. A major lahar in November 2008 swept down the Rio Paez, causing extensive damage. Long-term ome growth and periodic ash emissions continued.