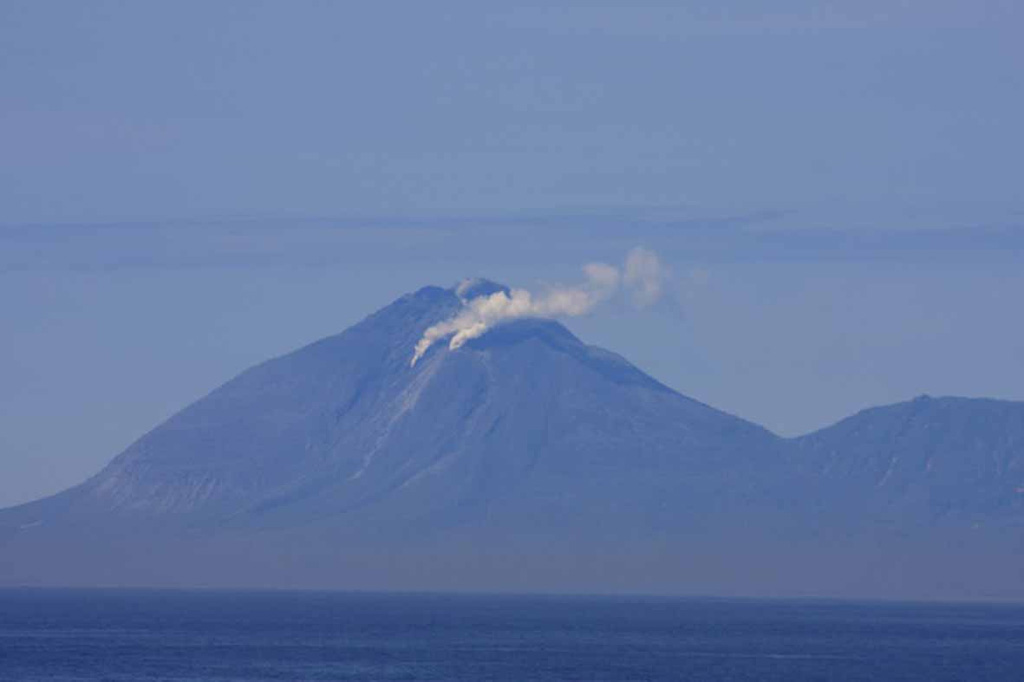 On 30 June 2010, biologists located about ~42 km SW of Ekarma watched as it began to emit large steam-and-gas plumes that were precursory to an eruption. In this photo, the upper plume from the summit dome is weaker than the other two vents but clearly visible. An ash plume erupted from a vent on the upper SW flank later that day and rose to about 3 km altitude.