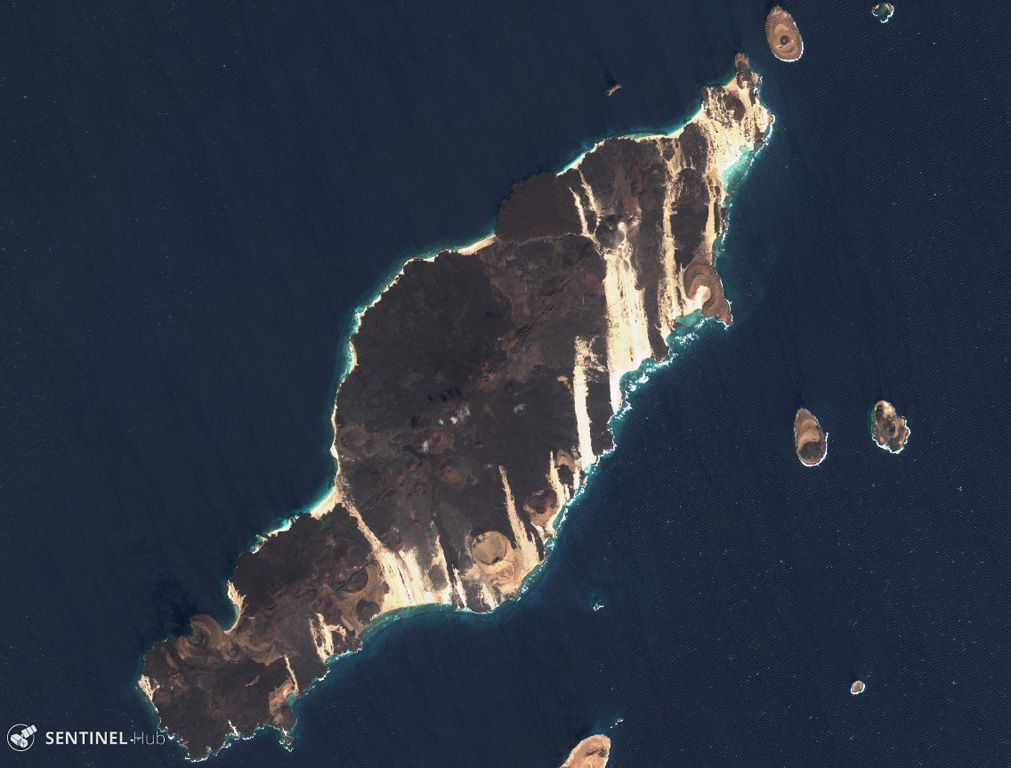 The 18-km-long island of Hanish is seen in this 3 December 2019 Sentinel-2 satellite image (N is at the top). Scoria cones and tuff cones are visible along with lava flows that have reached the coasts on all sides of the island. This island has formed during explosive phreatic eruptions with magma-water interactions, and magmatic eruptions producing lava flows. This island is approximately 18 km in the NE-SW direction. 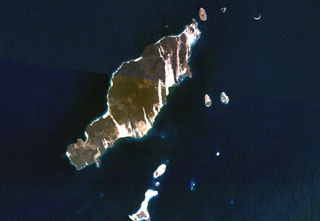