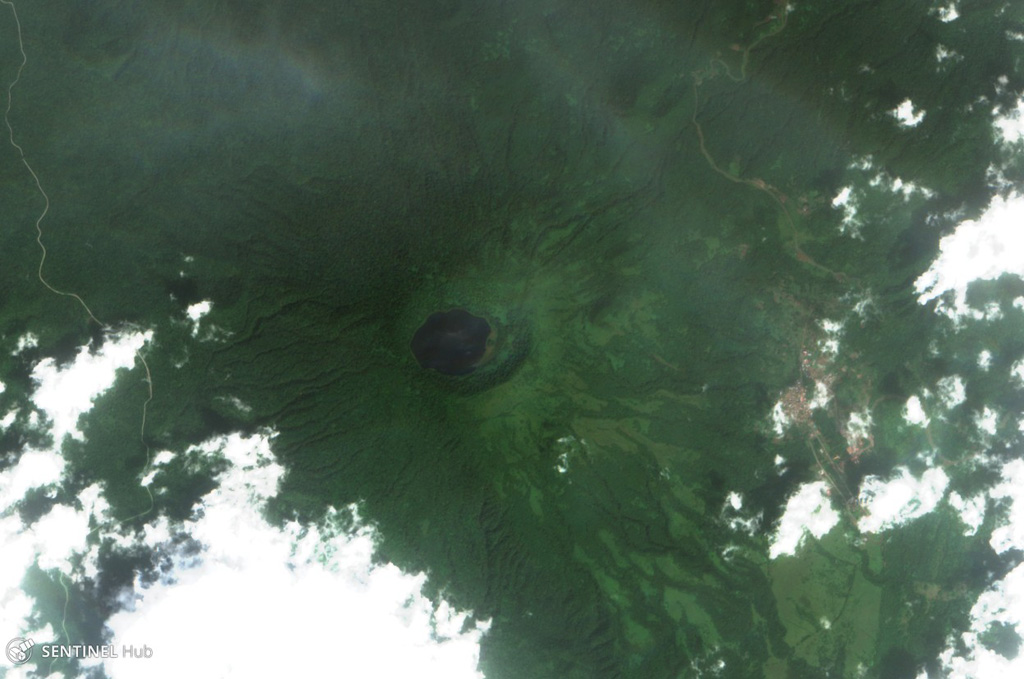 Lago Biao fills the San Joaquin (also called Pico Biao) caldera, seen in this 26 December 2017 Sentinel-2 satellite image (N at the top). The caldera is approximately 1.5 km wide and is covered in dense forest. It is W of San Carlos, in the SE of Bioko Island in Equatorial Guinea. 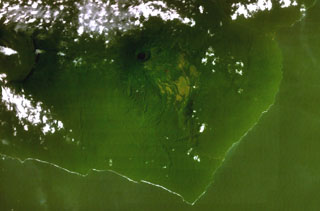