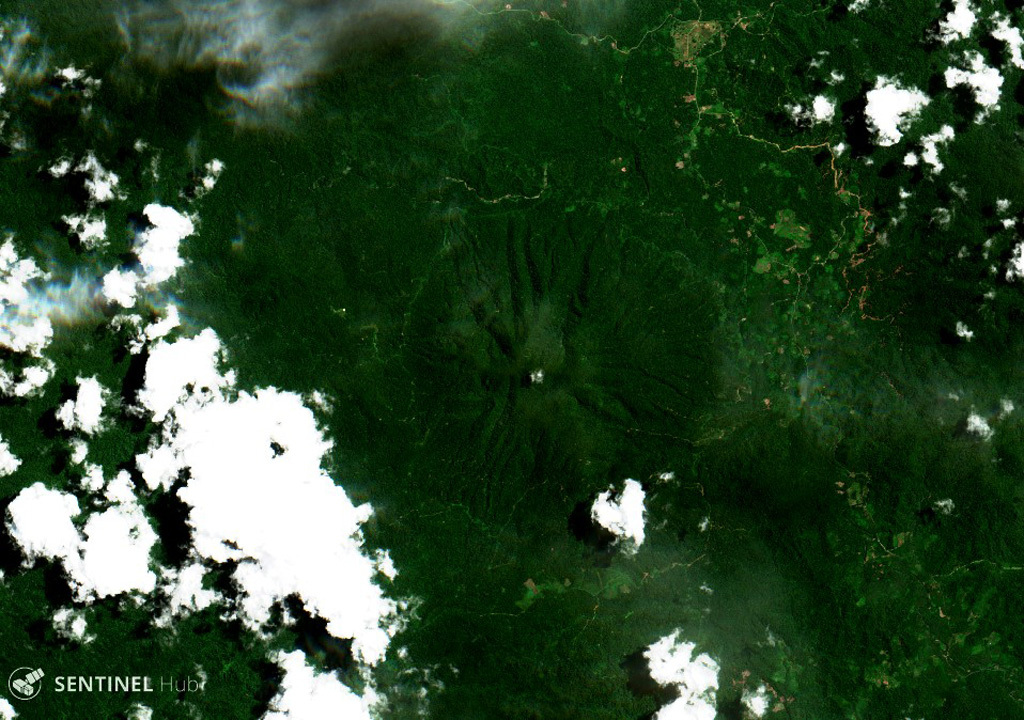 Bukit Amasing (Amasing Hill) is the largest and NW-most of a group of three small volcanoes along a NW-SE line in central Bacan Island, and is shown in the center of this 11 April 2017 Sentinel-2 satellite image (with N to the top). The cone is approximately 6 km in diameter. 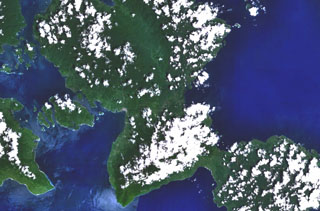