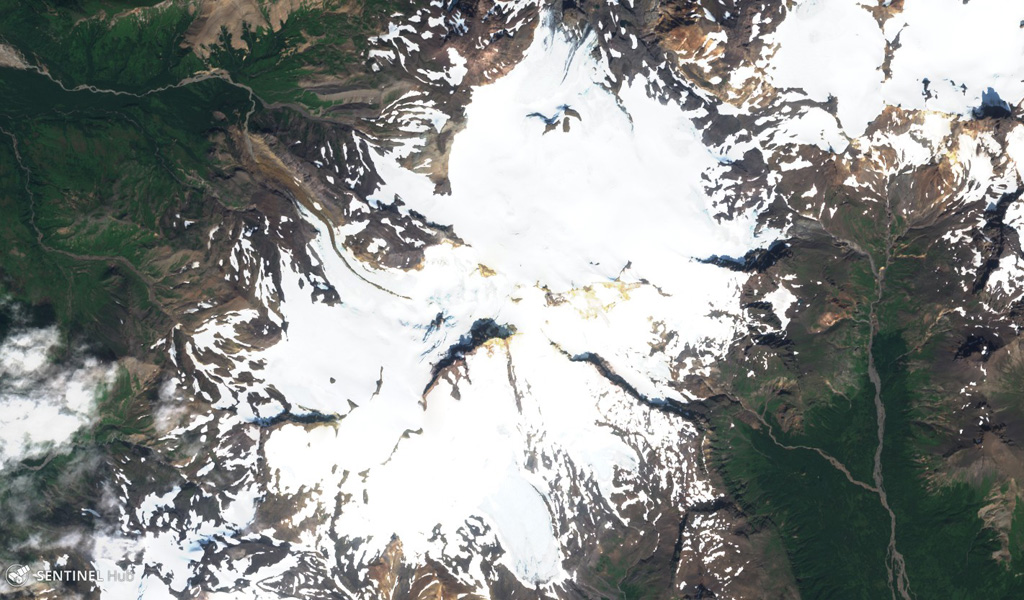 Stepovak Bay 4 is part of the Stepovak Bay Group on the western Alaska Peninsula. The group is located along a NE-trending ridge, seen here in this 17 August 2019 Sentinel-2 satellite image (N is at the top), which is approximately 14 km across. Several of the volcanoes have produced debris flows and lava flows in the Holocene. 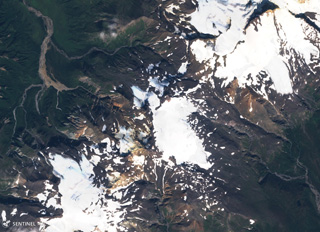