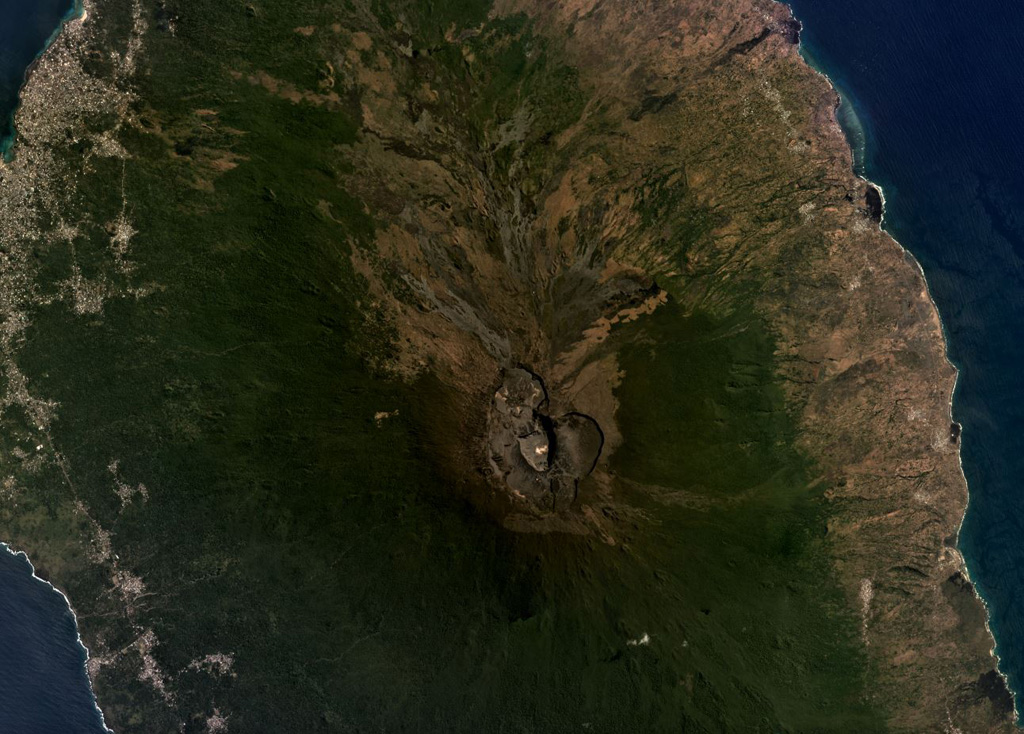 Karthala shield volcano forms the southern two-thirds of Grand Comore Island, NW of Madagascar in the Indian Ocean. The summit caldera is near the center of this August 2019 Planet Labs satellite image monthly mosaic (N is at the top; this image is approximately 25 km across). Lava flows reach the ocean on both sides from summit and flank vents, and rift zones propogate to the SE and NW from the caldera.