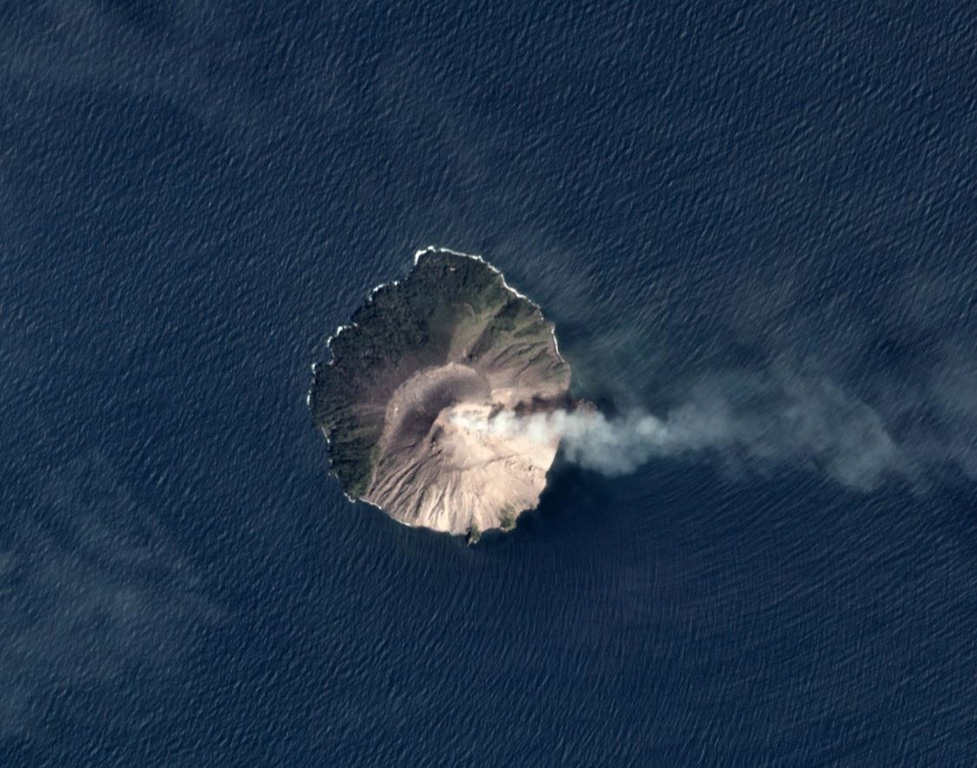 A plume at Kadovar is dispersing to the E in this November 2019 Planet Labs satellite image monthly mosaic (N is at the top). The flanks of the roughly 1.4 x 1.6 km island have been stripped of vegetation due to lava dome formation and collapse at the summit, with recent eruptive activity producing ash plumes and pyroclastic flows. Activity has also recently occurred at the base of the SE flank.