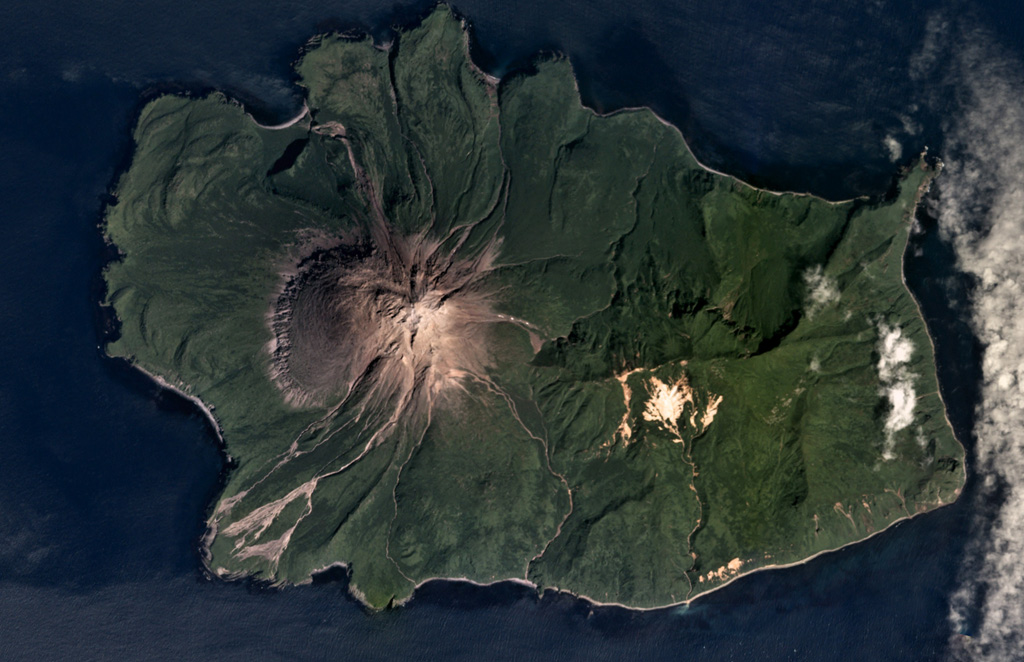 The 5.5 x 8 km Ekarma Island of the Kurile Islands is shown in this August 2017 Planet Labs satellite image monthly mosaic (N is at the top). The volcano forms the western side of the island, with flanks composed of lava flows out to 3 km in all directions and pyroclastic deposits between them. The summit crater has been filled with a lava dome that forms the summit of the cone.